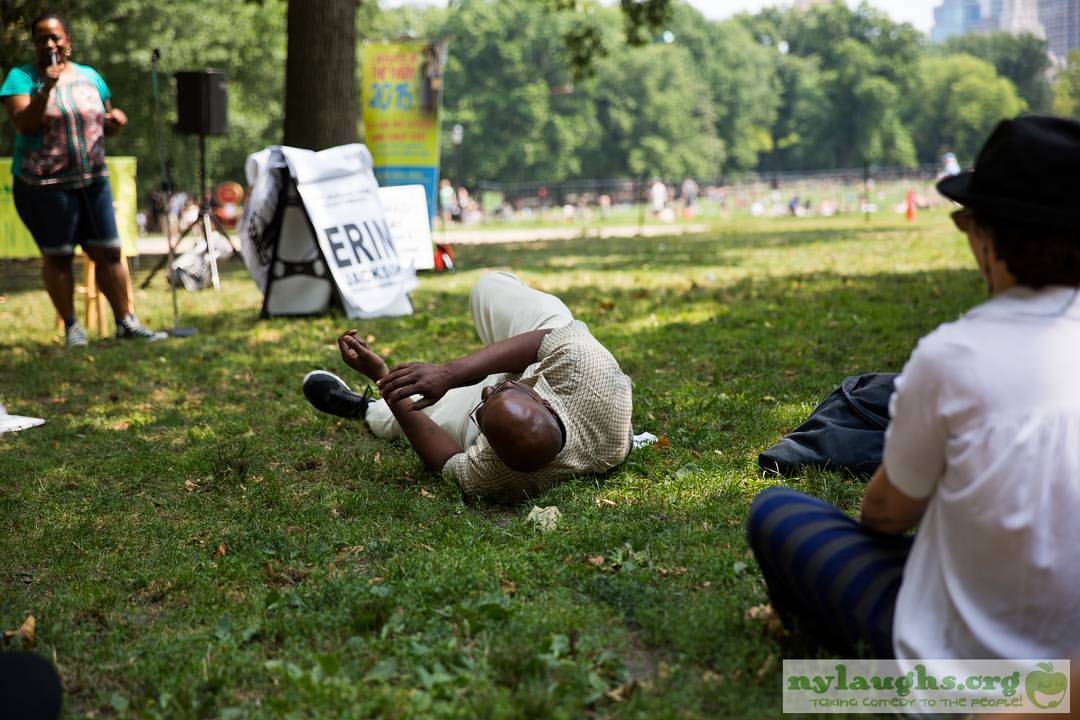 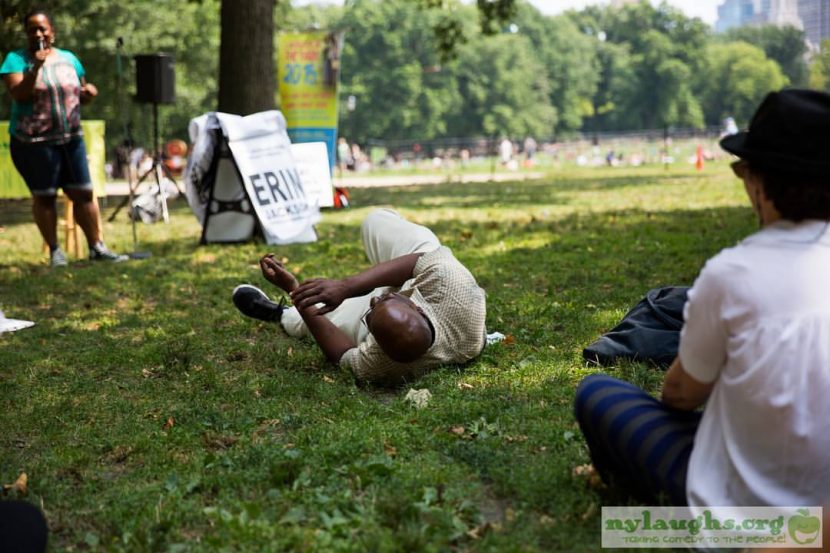 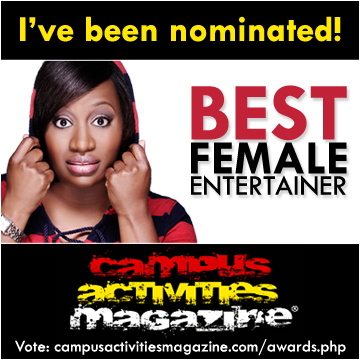 As most of you know, I perform a ton of college shows each year. They’re my bread and butter and I hope they don’t find out I’m an old lady. Shhhh… Each year the university student programmers and advisers nominate their favorite performers of the year for awards through the publication of the National Association for Campus Activities (NACA), Campus Activities Magazine. And this year I was nominated “Best Female Entertainer!” Yaaay! Any college student or adviser whose campus I visited or I met at a NACA conference is eligible to vote (you have to have a verifiable .edu e-mail address). I’m up against some stiff competition so I’m getting started early. If I’ve been to your school and you enjoyed it, I hope you’ll vote for me here: http://www.campusactivitiesmagazine.com/awards.php

Thanks a bunch and wish me luck! It IS an honor to be nominated, but winning is cool too.

Tonite when I arrived at the Texas State University Student Center for my show, this sign greeted me. See the little girl in the duck costume? That’s me. Whomever designed the poster for my event decided not to use my headshot, but instead a #ThrowbackThursday photo I posted online a couple months ago. I guess I kinda asked for it. The second I saw it, I laughed out the deepest belly laugh I’ve probably ever laughed. The guy and the girl sitting on the bench near the door had no idea that was me, and thus thought I was a lunatic. It was hilarious.

I can’t even be mad. 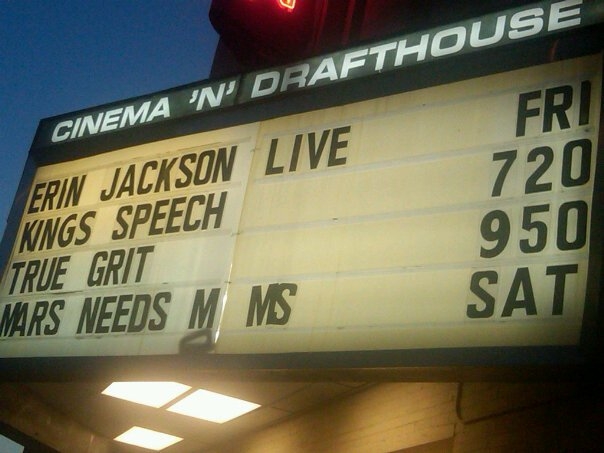 HEY FOLKS!!! Tonite I’ll be headlining the Arlington (VA) Cinema ‘N Drafthouse. If you’re in the area and you’ve never been, it’s a fantastic venue. You should definitely go. Tonite. Because… well I think you know. And hey if you can’t make it out, and you have some dirt on a close friend, you can still blackmail he/she into buying a ticket. It would be much appreciated! Also on the show is my good buddy, the very funny Mr. Jason Weems. It’s gonna be big fun. But you gotta be in it to win it!

Anyway, get your tickets now OR ELSE… you’ll have to get them at the door and no one wants to do that, right?

I always thought this phrase came from Biblical scripture, but I recently found out that it doesn’t. Even so, it’s as, if not more comforting to me in times of distress than anything I’ve ever read in the Bible.

I’ve been going through a pretty rough time the last month or so. And telling myself (sometimes hourly) that nothing lasts forever really is the only thing that even remotely helps. There is a very strange dichotomy when your job is to make people laugh and you’re hurting on the inside.  You feel like a phony. And you get through the shows and you go back home or to your hotel room, and you wish there was someone there whose job it was to cheer you up… The sad clown metaphor is hella cliche, but it summarizes the situation perfectly.

I don’t mean to complain. I love my job. But like anything in life there are times when you JUST DON’T WANT TO. Friends have asked, “Why don’t you write about it?” And I will. When and if it becomes funny to me. But right now I just wanted to say again for myself and to anyone reading who needs to hear it:

No matter what you’re going through…

This too shall pass.

It’s a pretty standard question every comic has answered at least a couple hundred times. ;) I was interviewed recently and got the chance to really reflect on it. And while I can cite tons of influential experiences and people (seeing Cosby live at the State Theatre in New Brunswick when I was in junior high, the Robert Townsend specials me and my cousin Mel used to sneak and watch in the middle of the nite, my Uncle Carl making me tell him a new joke every time I saw him, living with my Dad, who is quite possibly the most undercover silly person on the face of earth), there is one thing in particular that really set the wheels in motion:

About 5 years ago, I was seeing a pretty awesome guy. And one night we were on the phone having that “what would you do if you could have any job in the world” conversation. I won’t say what his was because I think he visits here from time to time and I don’t wanna have a fight on my hands ;) But I remember telling him that I would love to be a comedian. And instead of laughing or dismissing it, he asked me if I had ever tried it. At that point in time, that was just a ridiculous question to me. TRY it? No way! I don’t know how to be a comedian!

But then he was like hey, it’s not like you want to be an astronaut or something. You can do this. He asked what I was scared of and I remember saying, “What if I go somewhere and try comedy and I’m awful and people I know see me there? I’ll be so embarrassed.”

So the next day while he was at work, he went online and researched open mics in Baltimore. He sent me a bunch of listings and was like, we’ll go to Baltimore. You won’t know anyone, and if you stink we won’t tell anybody.

Sounded like a plan to me. But we never got that far. For reasons I won’t go into, he and I grew apart, but before we went our separate ways, I found (or he found and sent to me — I’m not 100% on this part anymore, but I like to think he found it ;) an ad for a stand-up comedy workshop at the DC Improv. I signed up for it and remember being so excited when I called to tell him. At the workshop I met and bonded with three other aspiring comics, one of whom Dawan Owens has since become one of my best friends on the planet. We didn’t really pick up much in the 1-day workshop but it was enough to have met each other and have other like-minded folks to bounce ideas off and encourage each other. After about a month of weekend writing sessions Dawan, another new comic named Ron, and I went to our first open mic. And the rest is history…

Nearly 5 years later ‘he’ has never been to a show, but whenever I do hear from him, he’s always super enthusiastic about my career… I’ll always be grateful to him and it just goes to show that you never know who might come into your life and change its direction. And you never know what you might be good at if you never try. All you can do is try to be open to new possibilities.

A comedian friend recently told me that his favorite thing about being a comedian is that there is “no front office.” No single authority figure. No one person who holds your career in their hands.

But that can sometimes be a double-edged sword. I mean there’s something to be said for having superiors, filters — shit let’s be honest… someone to whom you can pass the buck. If I worked for Hoover and I sold you a vacuum cleaner that didn’t work, I feel for ya, but it ain’t my problem. Call corporate. If you order a steak and it’s not to your liking, you can send it back to the kitchen…

But comics are not vacuums.

In an industry where, not only is the product you’re selling intangible and subjective, but *you* are actually the product, being a one-man/woman company isn’t always glamorous. If I sell you *me* and you decide after the transaction has taken place that you didn’t like me, what recourse do you or should you have? It’s not like I can offer to go backstage, come out and do the the show again… And it’s likely you wouldn’t ask me to even if I could.

I recently performed at an event where nearly two weeks later the event coordinator contacted me to tell me that the organization was totally dissatisfied with my performance. I’d been paid (AFTER the performance — mind you, sans complaints). Check cashed. To revisit my earlier metaphor, the entire steak had been eaten and paid for, but the diner still wanted to send it back. I was literally asked to cut the organization a check for the difference between what I was paid and what I felt I deserved. Yeah, really. I’m surprised my pride even allowed me to type that last sentence, but I did it to illustrate my point.

Most folks outside of the industry don’t have a clear understanding of all the things that impact the dynamics of a show… Format. Flow. Energy. Venue setup. It’s why people don’t understand why you can’t just tell them a joke on command at a 4th of July picnic and have it hit the same way it would in a club.

“Yeah we’re gonna put you up right after dinner has been served and have you do 15 minutes… Then we’re going to have our director come up and talk about how contributing to cancer research can greatly improve the quality and reduce loss of life… and then we just need you to do a tight 5 to close the show out.” Word? This incident is actually not the one this blog is about… but this happened as well. Strangely I did really well at the cancer fundraiser, but it was in spite of the format.

Anyway, when the show organizer called me up it was literally my worst comedy experience ever. Of course as a comic I know that there will never be a time when everyone enjoys your show equally. But just the suggestion that I send them back money based on what I felt I deserved made me boil because I had charged them a lot less than I normally would have based on the nature of the event. My pride puffed up and I told him he could have the entire check back. I was pissed, not just at the request, but at the manner and tone in which it was presented and the fact that the issue was not brought up until so far after the event. I handled the call with all the professionalism I could muster, but it was the angriest I’d been in years. I WISH I’d had someone else to field the call… END_OF_DOCUMENT_TOKEN_TO_BE_REPLACED