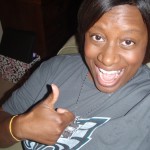 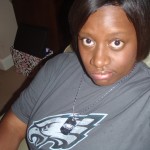 OK so I’ve taken a pretty lengthy hiatus from posting on the Eagles games this season. No real reason other than they leave me pretty drained — even when they win. But I had to post on tonite’s game.

What in the hell was that? A shut-out? Really?

I choose to believe the Eagles threw that game for strategic reasons. Maybe a new spin on resting starters before the playoffs — Indy benches Peyton Manning so he can rest up and recharge. But we play our starters and just ask them not to exert any real effort… Maybe we didn’t want to give away the real gameplan for next week’s game. Whatever the reason, what happened out there today was downright shameful.

I know there’s a bigger picture here, and finishing the season at 11-5 and snagging a spot in the playoffs are both wonderful things. I just wished we hadn’t lost so badly. I mean, we were picked to lose, yeah. But losing is something altogether different from what we did out on that field today.

No need to dwell on the negative though. I used to let the Eagles’ losses put me in foul moods for the entire week but I refuse to do that anymore. So I’ll just say I’m looking forward to next week! No way do I think Dallas is gonna beat us two weeks in a row. Next Saturday is all about redemption. 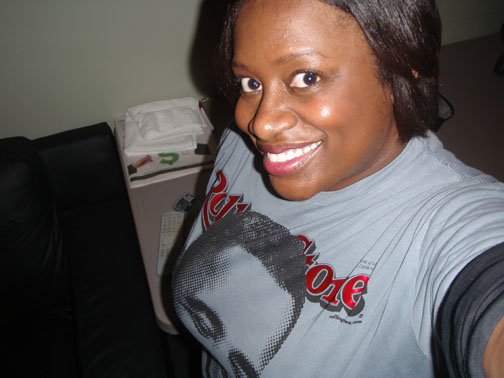 I can’t believe what happened today really happened. Did Oakland really beat Tampa Bay? And then Chicago lost? And then did we totally and completely obliterate the Cowboys? As I was watching I was literally thinking, “I must be dreaming.”

But it was almost a disaster.

I was working in VA Beach this weekend so I watched the Giants game at the comics condo. All throughout the game the announcers kept talking about the implications of Oakland/TB and Houston/CHI, and previewing the Eagles/Cowboys game… But come 4:15, for some reason they’re showing Redskins/San Francisco. As if:

Come on, FOX! Regional coverage? On a day like today? Get it together! My show began at 7 and when the second game started I was nowhere near ready to roll out for the evening. But when I saw Clinton Portis on my screen instead of Brian Westbrook, I hopped myself in the shower packed my stuff, took out the garbage and used my nifty new GPS to find the sports bar the club manager suggested. No way was I gonna miss this game. I rolled into the place and it was full of Eagles fans all decked out. It was heaven. At that point we were up 10-3 and it only got better ;)

What occurred next looked like what you might imagine would happen if an NFL team played a Pop Warner squad. At 44-3 I had to leave for my show. I felt pretty sure we wouldn’t blow that lead ;) But just in case anything crazy happened, there was a nice table of Philly fans who took my cell number and promised to text me if/when anything significant happened. Nothing did and they just texted me when the game was over.

Now we’ve got a clean slate. Playoffs here we come!!! Bring on those Vikings. I am so gassed!