A week ago tonight, I was driving my friend, the hilarious Marina Franklin, home after our shows at The Comedy Cellar. As we were about to get on the West Side Highway, we drove into a DUI checkpoint. Marina, who had taped an episode of “The Nightly Show” earlier in the day said, “Girl… I still got my makeup on. Look at these eyelashes. I can’t go to jail all pretty.” I knew I wasn’t drunk, yet it was the most afraid I’d been since those NY state troopers drew their guns on me a few years back. I was convinced 100% I was going to jail. Because if there’s anyone who could get a DUI without being UI, it’s me.

Sidebar, when I posted about the DUI stop on Facebook, one of my Facebook friends left a video in the comments about how it was my right to decline to roll down my window and refuse the breathalyzer… Listen here, white folks: you’re gonna get your black friends killed with that BS. We know you’re trying to be helpful, but that video is not for us. Like it’s so not for us that it should have one of those you-cant-eat-here-or-use-our-water-fountain-civil-rights-era-type “whites only” signs at the beginning.

I’ve always been afraid of becoming an accidental criminal. It’s why, although I’ve never built a bomb, I’m always terrified when a TSA agent swabs my palms for bomb residue. I hope I didn’t touch any bomb ingredients; I hear you can make them out of almost anything. It’s why I’m always paranoid the person who had the rental car before me stashed some contraband that’s gonna be found on my watch. OK, so if I see any scratches I note it on this form, but what if I find heroin? Is there a form for that…?

It’s often difficult to pinpoint the genesis of a phobia, but I happen to know exactly where mine originated. The year was 1987, and my cousin took me to see Madonna in “Who’s That Girl?” In it she plays Nikki Finn, a petty thief who was framed for murder and sets out to find the people who set her up when she gets rekeased. Within a half hour of being released from prison, the scene below takes place:

This movie messed me up, y’all. I was just a kid and I was convinced things like this happened all the time. And now, even though I know better, it’s still in me. When a store owner follows me around to make sure I’m not stealing anything, part of me is angry and offended and the other part is hoping nobody “Nikki Finn’ed” me so I don’t prove them right.

Do you have any weird paranoia that you’d like to blame on Madonna? If so, tell me about it in the comments. And as always, thanks for reading.

In a long airport security line and they open up another lane. The lady behind me grabs her son’s hand and runs to get in front of me.

ME: You have to be kidding. You were kidding, right?

As I often do when people tick me off, I wrote a collection of haiku about it. Wanna read it, here it go: 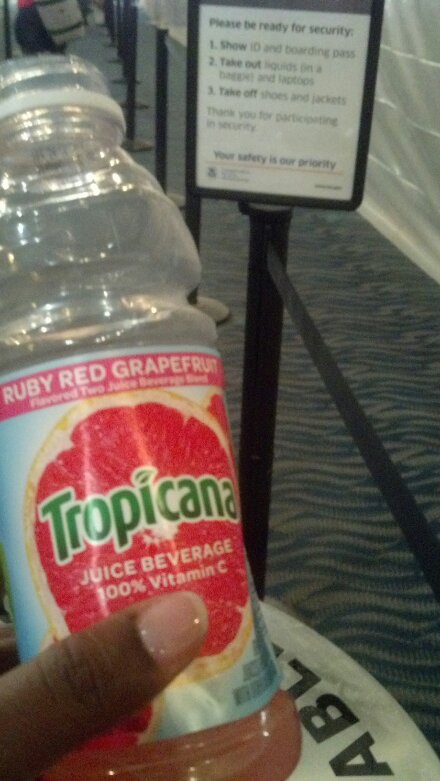