Yay! So thanks to my BFF Angi who works for the Atlanta Falcons (for like 2 more months… PLEASE, PLEASE, PLEASE don’t leave!!!), I was able to score tickets for me and my pop to the PHI/ATL game in Philly this afternoon. I was super excited as you can imagine — I don’t think I’ve been to a Philly game in like 3 years. 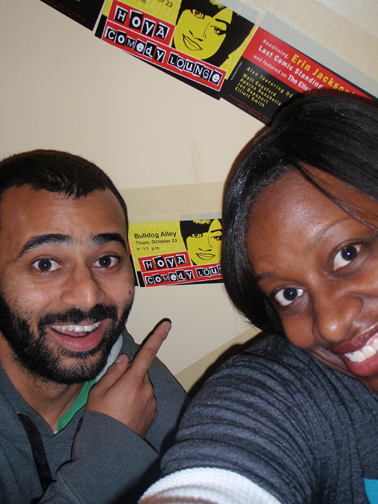 This is me and my boy John. He is from Atlanta and he’s a Falcon fan. We did a show together on Thursday nite and took this picture to commemorate our friendship. John seemed to think that no matter the outcome of today’s game, one of us would talk so much crap, our friendship would be over. Knowing that my team was going to win, I assured him that I was a better sport than that. Yet somehow he didn’t believe me. I know right… ME??? Talking trash about football??? ;) 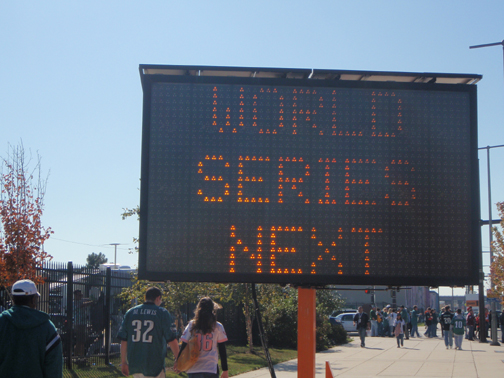 The Phillies were playing at home tonite as well, so pretty much everyone in the stadium was decked out in gear for both teams. There were signs everywhere begging the Eagles fans to give up their parking spaces and cut the tailgating short for the World Series attendees. Yeah, good luck with that… 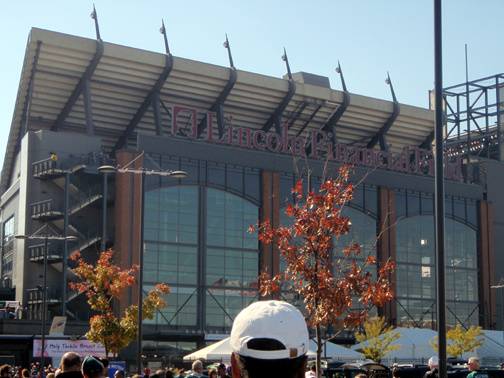 This was my first game at Lincoln Financial. Man, we’ve come a long way from the Vet. I didn’t see one rat… ;) 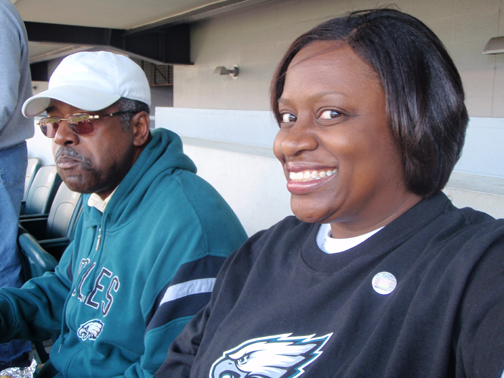 Me & Pop… we’re in our seats now and we’re ready for kickoff! 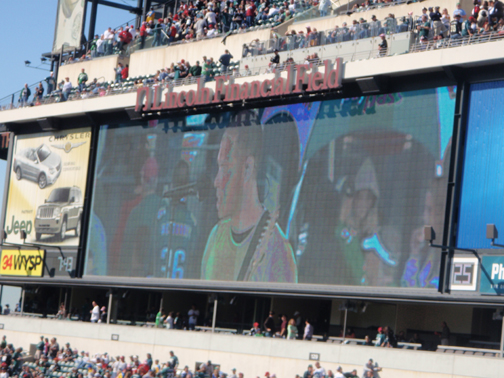 During halftime there was a rock band that performed. They were pretty good. Their name was Burnt Sienna. And they were white. If you don’t see the irony in that, then you’ve probably never been a small brown child looking for the appropriate color for your skin in a crayon box… I’m just saying. 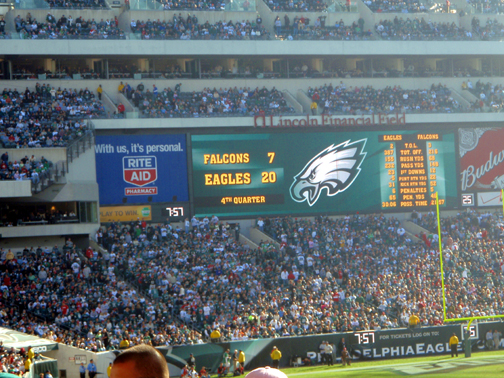 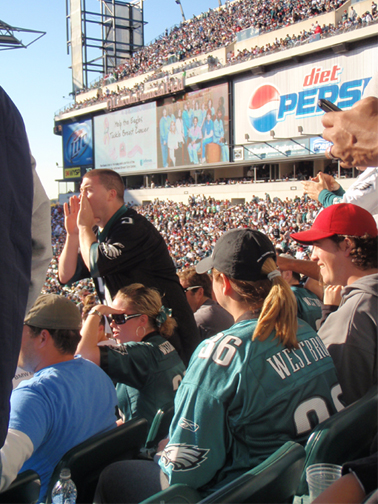 When the Eagles pulled ahead 20-7, a lot of Philly fans thought we had it locked up so they started leaving the stadium. The guy below called them “fake fans” and then began spewing THE most excellent verbal assaults I’ve ever heard. He said words I knew must be profane, yet I have no idea what they actually mean. I’m gonna Google them tonite ;) “This” guy is at every pro sporting event — I mean not this actual guy, but a guy just like him. And he’s the best part of the day.

I heart this guy. 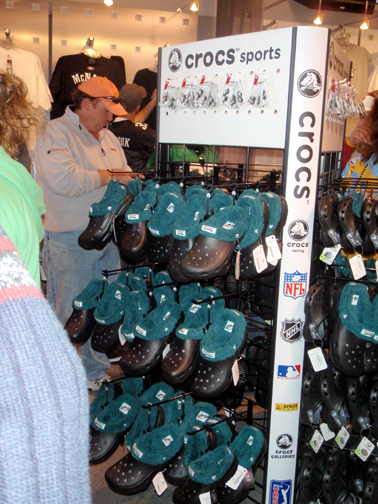 Eagles Crocs… for the stripper who enjoys Philly football and sensible shoes. 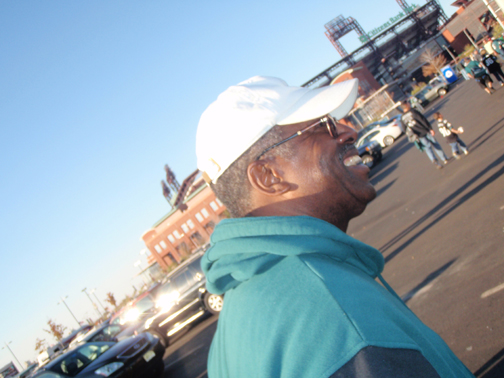 This is my pop after I told him that if he didn’t learn to be more appreciative, next time I was bringing my REAL dad to the game ;)

So excited that we won today. The bye week was right on time — gave B. West time to heal and he looked great! But I tell you what — that Matt Ryan is a bad boy. I mean, Michael Vick, WHO??? Poor thing. Another losing record and a sorry QB replacement were his best hopes for a return from obscurity. Oh well. It was a good game, but I definitely believe it ended the way it should. Sorry John. Call me. I still love you ;)