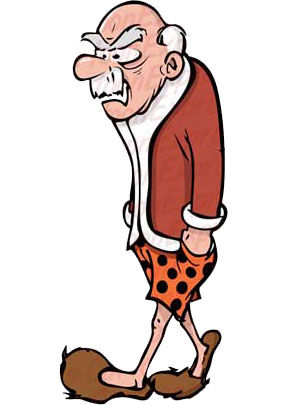 This past weekend, while on stage, the other comic I was working with got into it with an audience member and then asked her how old she was. She answered, and then his reply was, “I have underwear older than you.” Huh? I’ve had older folks say that very same thing to me and I’ve never understood how it demonstrates superiority. The fact that you wear 33 year-old drawls (yes, drawls) demonstrates nothing except for the fact that you’re nasty as all hell.

So… note to older folks everywhere: If you’re having a debate or an argument and the best comeback you can muster is the age of your underwear, you lose.

One thought on “#Losing”