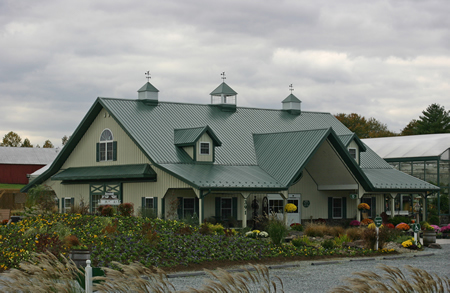 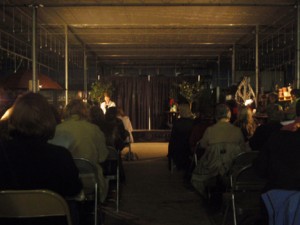 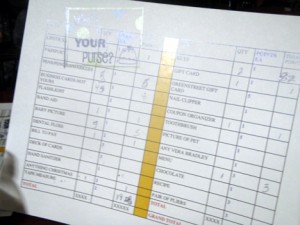 Well this game was going along just like any other I’d participated in. There was a prize for the winner of each item category and a grand prize winner as well. But then there was a twist at the end. The host for the evening asked which guest thought she had the most outrageous item in her purse and said there would be a prize for the winner. And I was thinking: How do you judge that? There’s no point system for that… 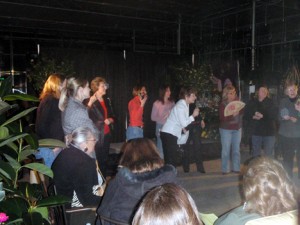 There was some really good stuff here...

Turns out though, that there was no disputing the winner. If you click to enlarge the photo you’ll see that there’s a pretty Japanese-esque hand fan, one woman has a roll of electrical tape, another had a video game joystick… one lady held up a doggie bag with her husband’s dinner in it. But there’s a lady towards the left of the photo wearing a red top and a black jacket, and she is holding… wait for it… a bottle of holy water. 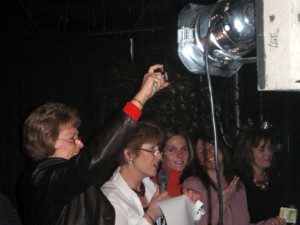 You win. Hands down. Everyone else, thanks for playing.

I can’t tell you how inadequate I felt as a woman. I had one of the lowest point totals, butÂ  I won the prize for having the largest purse (It’s my everything bag. It holds my picture and video cameras, joke notebooks, phone, sometimes a change of clothes… but none of that stuff was on the list). I gotta do better. 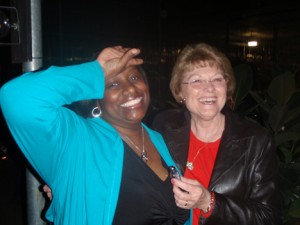 I had to meet the ‘holy water lady’ after the show. She was so funny. I asked her how she came to have holy water in her purse but for the life, I can’t remember what she said. I was still transfixed by the bottle in her hand and the fact that her name was Tina Turner. Yes, I’m serious.

I had a great time with the Greenstreet ladies. If you’re reading I hope some of y’all will come out to a show sometime!