I heard on the Today Show on Friday morning that a study showed that Louisiana was the ‘happiest’ state to live in. And after the fun I had this weekend in NOLA, I wouldn’t argue that one bit! I went to Louisiana to see BFF Jenny (excuse me — Dr. Jennifer Pinder Ellis) receive her Ph.D. from LSU!!! YAY! Sooooooo proud of you, J! 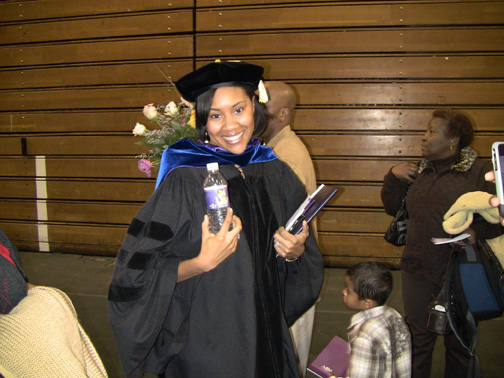 Jenny’s husband is from New Orleans and threw her a big graduation party at a great restaurant there on Friday nite. 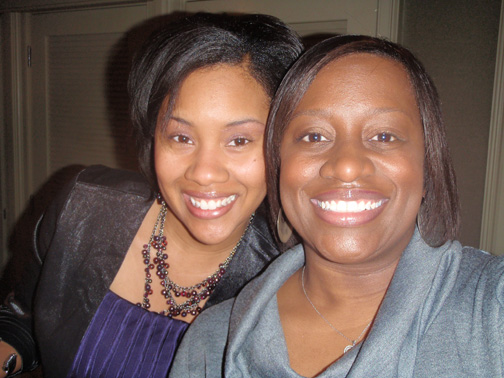 And after a short program and a fantastic dinner, the party really got started. There was a great DJ who played line dances that I’ve never even heard of — in fact, I’m pretty sure Jen’s husband and his sister made at least 2 or 3 of those up on the spot ;) At some point we realized that some of the people from the holiday party across the corridor (where there was no DJ) were coming out into the hall to dance to the music at Jen’s party. The bartender even came to ‘notify’ us that they were mooching off our DJ ;) Tee hee ;)

Well, towards the end of the nite, the DJ began to play some second line music. And as is New Orleans tradition everyone on the dancefloor at Jen’s party began second-lining:

(in case you weren’t familiar with the second line…)

At that point, Jen’s husband decided to officially open up the party. He and everyone that was dancing on our side second-lined it across the hall and invited all those people to come join our party. So. Much. Fun. I mean, he literally busted into this company holiday party with a mini-parade.

Well, turns out that some of the folks from the other party enjoyed themselves so much and were so grateful to be included in the festivities that when the nite began to wind down, they blessed Jenny with a couple BENJAMINS!!! … I KNOW, right? 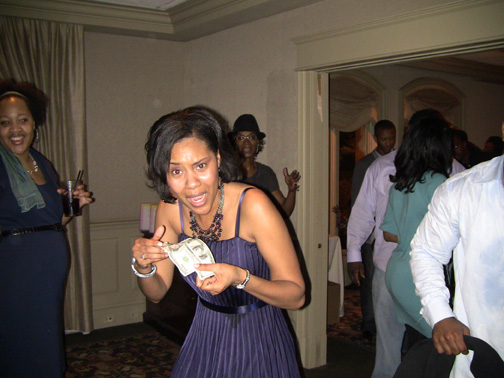 See now, Jenny and her husband Eynus could have been stingy — closed the doors and tried to keep the music and fun on our side of the hall. But that’s not their way. And by opening the party up, they got something they never would have expected.

That’s a happy damn state if I ever saw one. Don’t miss your blessing!

4 thoughts on “How to NOT miss your blessing”