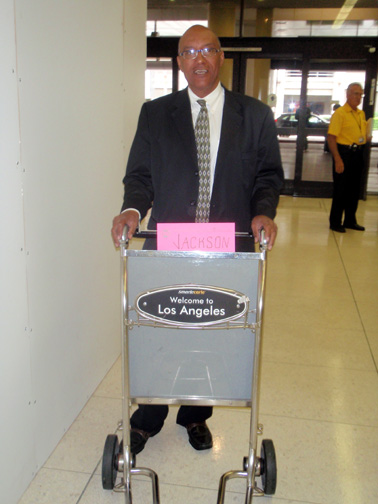 After we watered the lawn (damn city condo living, I miss lawns… and being able to wash my car in my driveway) we went to the Hooters in Santa Monica where we had a waitress who totally could have been an SNL character. Think Molly Shannon on crack rock. But I digress… I turned in pretty early Sunday nite. Big day ahead.

So I got up Monday with plans to go out with my comedian friend, LCS roommate, and all around awesome dame, Miss Erin Foley. But we couldn’t connect so I spent the morning drinking tea and going over my set. 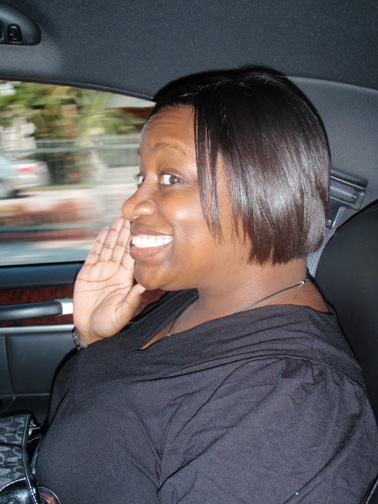 The car came to pick us up for the show at 3 o’clock. Dawan and I rode in the car and my friend Roy followed behind. When I got into the studio they took me to my dressing room. Pls. see below ;) 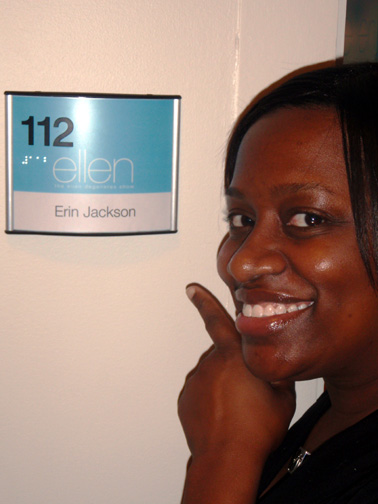 That’s right. Room 112: Where the playas dwell. If you don’t get that reference, I’m gonna have to insist that you buy/download/boost (ok don’t boost it) 112’s debut album. Second best album ever put out by Bad Boy Records, just behind Ready to Die but I double digress…

Kate Hudson was the other guest on the show. She’s tres adorable so I immediately began trying to plan how I was going to spontaneously run into her and introduce myself. I ended up just saying, “Hi Kate Hudson,” from the makeup chair, but whatevs… ;)

When I got back from makeup the boys were all upset because everyone in the audience got a free iPod Touch but they were in the dressing room with me. I can understand Dawan being upset, but Roy really had no recourse based on the blog entry he posted just days before the taping.

“They’d just make me watch the show backstage, which is where I wanted to be in the first place…”

Part 2: What to say and how I could have become the most famous comedian in the country

So about 20 minutes or so before the show the producer comes in and asks me to make some changes to the jokes I have planned for my set. He asks me to add a joke I hadn’t planned to tell and eliminate another one. Then I just had to play around with the wording of another bit. You have to be super careful whenever you’re dealing with networks and sponsors. It’s always awkward when you’ve worked on a set and transitions one way and then you have to change it up at the last minute, because you’ve done the bits so much you’re almost on auto-pilot — down to the gestures and expressions sometimes. I’m quickly learning however, that it happens to everyone. All the time. And that I better learn how to adapt. They really liked the tooth fairy joke I did on Last Comic Standing, but said I wouldn’t be able to do it on their show because they have a lot of kids who watch at home with their folks and they can’t be responsible for someone (read: me) telling those kids the tooth fairy isn’t real. I thought that was hilarious. It’s not like it’s Santa Claus or something. Can you imagine if that show was live to air and I got up and just started exposing the truths behind Santa, and the Easter Bunny, the Tooth Fairy — just began shattering the dreams of millions of American children? There’d probably be news crews and protesters outside my building… Millions of parents would hate me, or maybe they’d be thanking me for being the reason they can stop these stupid charades. But either way I’d be the most talked-about comic in the country that day. A girl can dream, can’t she?

Pt. 3: Ellen DeGeneres is even more awesome than I thought she’d be 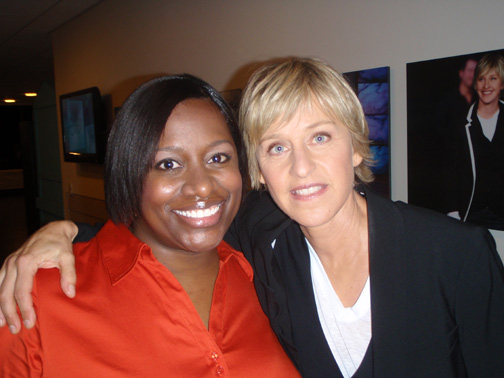 Just before I got ready to go on, Ellen came backstage and talked to me for a bit. She tried to calm my nerves and was so sweet about it. But meeting her only made my heart go ten times faster ;) She talked to me about why she’d invited me on the show and her plans to have more comics on in the future. The show gave a really neat swag bag and I was able to score an iPod Touch. I’m not sure what it does yet, but I’m medium-tech now as y’all know, so I’m sure I’ll figure it out :)

I did get to do some LA Stuff on Tuesday. Here’s a bulleted list cause you need to get back to work ;) 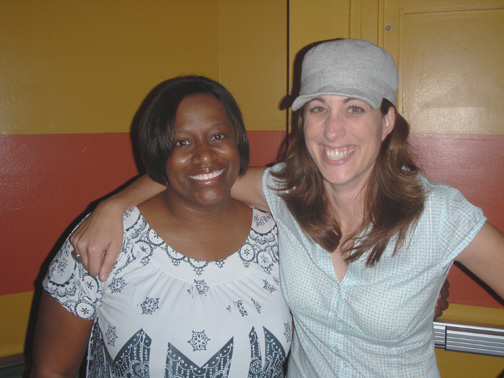 I’m gonna stop typing now because it’s hella late and my body is way confused ;) But I really had just the best time ever out in LA. I’m so thankful for all the blessings I’ve received — this year in particular. I thank y’all for caring enough to read. I’m thankful for finding something I love so much which has led me to so many new people and new things to love. I truly believe that if you find something you’re passionate about and you put in the work that God/The Universe/Oprah — whoever and whatever you believe in ;) — will meet you half way and handle the rest.