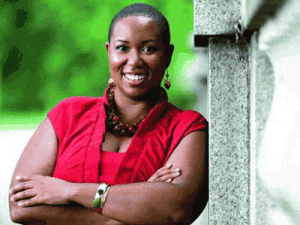 So proud of my fellow Howardite, Stefanie Brown, who was just named African-American Vote Director for the Obama re-election campaign’s Operation Vote outreach effort. Stefanie is just awesome, and though she was a few years behind me at Howard, I had the pleasure of watching this dynamic young lady rise through the ranks of student government while I was employed in the University’s Office of Admissions. Google her and get familiar. You’re going to be hearing a lot more about her in the years to come!

On a not-so-unrelated note, I (like most of you, probably) was sent this YouTube clip of President Obama singing at a fundraiser on last nite:

How cool is this? And President “O” can saaaang! This just made me ride for him even harder. Not to minimize the challenging work Stefanie will now be doing, but I feel like that ish right there… just made her job a tiny bit easier. ;)

Also, I love my President.