Thanks so much for all your e-mail and text messages!!! The Nashville episode of Last Comic Standing aired on last nite and I was on it. Hooray!!! I was working so I didn’t get to see the entire show, but I’m sure I’ll be able to see the whole thing online soon. It was my first national TV appearance so I was geeked.

I’m hella sleepy right now, but as so many friends and family had no idea I even went out for the show, I thought I’d try and give a quick (yeah, right) recap of how things went down.

Back in January the manager at the DC Improv called and asked me to come do a guest spot at the club in a few weeks. I had never been asked to do a guest spot so far in advance of a show, so I was suspicious. But she didn’t let on that anything was up. But when I got to the club that nite in February, I noticed that there was a film crew there. So now I’m real curious but still no one was talking. All they told me was that I needed to stay til the end of the show.

So in between the emcee (good bud Herbie Gill) and the feature (other bud Jon Mumma) me and third good bud Jason Weems each do a 5-minute guest spot. When the show was over Herbie calls us back on stage and while we’re up there, Bill Bellamy comes from the back of the club, hops up on the stage and tells me and Jason that we just had a ‘Surprise LCS Audition’ and that NBC was flying us to Nashville to compete in the showcase round. 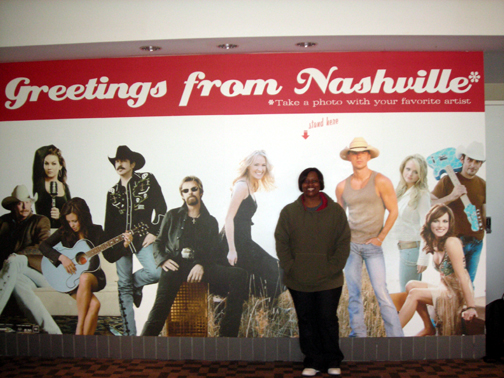 So about a month later, J and I fly down to Nashville. They put us up in a nice hotel and then that evening they shuttled us to the Zanies for the showcase. It was really cool because I got to meet some great comics whose work I’d admired from afar. It seems like they decided, for whatever reason, not to use the footage they shot in any of the Secret Auditions (from what I understand they went to several additional cities) which kinda stinks. Because I remember taping a fun segment in Nashville about how I didn’t have to camp outside and wait in line all day.  Oh well.

I probably should have blogged about this and saved it until now, because the details of the day are getting mad fuzzy. But suffice it to say, the showcase went well, and I got a red envelope. Hooray! 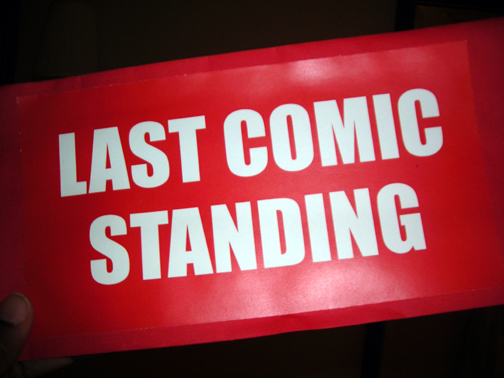 Las Vegas semifinals here I come! Stay tuned for more LCS posts and watch me in the semis!!!

P.S. If you TiVo’d the show and can get it onto a DVD, please let me know! I’d love to have it.