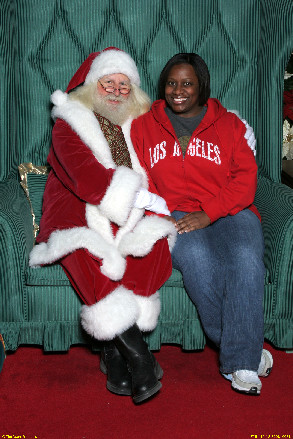 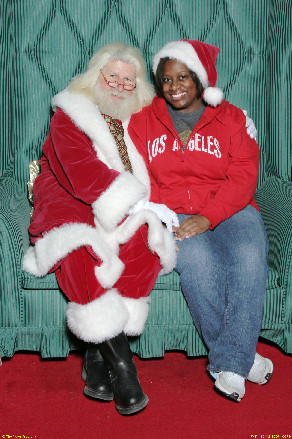 Why do me and Santa look like lovers? Haha… This year’s Santa looks a whole lot healthier than last year’s.

You have no idea how many people thought this photo was a joke. I was accused of Photoshopping Santa into the photo. All kinds of random stuff. Below are some of the Myspace comments I received about 2007 Santa.

I talked to the staff at the photo set-up and they remembered last year’s Santa and we all laughed about it. They told me he was 82 years old… Hahaha… he looked every second of it. Poor thing. ’08 Santa was jolly and looked healthy and was lots of fun. We took a bunch of photos… It was like a real photo shoot ;) Not sure what it is about having my picture taken with Santa that excites me so… but I guess I’m still a kid a heart ;)

Which photo do you think I should use for the cards? Option #1 or #2?