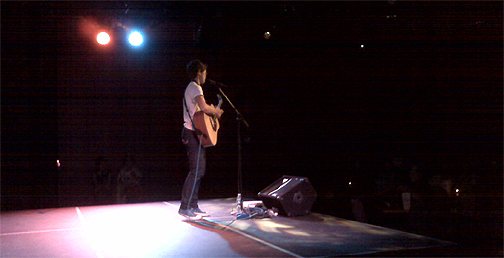 If you’ve never heard of her she is awesome with a capital “Q!” She does folk music and pop music and she did a bluegrass number that was amazing. She used a ‘loop station’ — I think that’s the name of it — to build up the background harmonies while she was on stage and did the number as a one-woman band. She also beat boxed and looped that as well. It was like Joni Mitchell meets Doug E. Fresh meets a Dixie Chick. I LOVED it. Check her out for sure!!! END_OF_DOCUMENT_TOKEN_TO_BE_REPLACED