This edition of airplane venom contains no actual venom from me, rather it chronicles the hate a fellow passenger directed at a smarty-pants flight attendant on an American Eagle puddle jumper from Chicago to Baltimore. 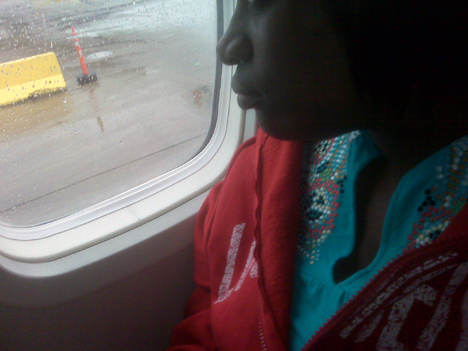 After back-to-back mechanical problems and more than 2 hours on the tarmac, my flight from O’Hare back to BWI had to unload and board another plane. I pretty much slept throughout the whole ordeal so I really wasn’t too upset. I didn’t have anything pressing to do yesterday afternoon, plus I’d much rather deplane because of mechanical difficulties, than have them surface during the flight.

Can I get an Amen?

When we finally got settled on the new plane, the flight attendant, Mo, got on the intercom and said the following:

“Due to the late departure, screwdrivers will be free on this flight.”

You should have seen the faces of my fellow alcoholics passengers light up. Eyes began to water as tray tables came down. Gleeful whispers filled the cabin.

“Are you serious?” someone behind me shouted out.

She responded by giggling to herself as she walked back up the aisle and shaking her head “No.”

Way to take the air of the pressurized cabin, MO!

I thought it was hilarious but there was another passenger behind me who was feeling very “not-so-much-y” — if you know what I mean. “Save the jokes for Southwest, bitch. I just missed a connection.”

I think I stopped breathing for a second. I immediately took out my notebook. I wanted to savor this perfect comedic moment so that I could share it with all of you ;) Don’t fret, the next AV installment will most certainly feature a return to my plane rage. But for now…