On Monday night, I performed at a benefit for an amazing organization called Natasha’s Justice Project. NJP is a not-for-profit that advocates for survivors of sexual assault by working to expose the extent of the rape kit backlog, informing the public and media about the crisis, and educating legislators about the need for changes to the statutes of limitations for sexual assault prosecution. The founder, the super-awesome, and brave, and determined Natasha Alexenko, saw her unprocessed rape kit sit unprocessed on a police department shelf for 10 years before it was processed. Her assailant was finally convicted and jailed another four years after that. But she is one of the (for lack of a better phrase) lucky ones. NJP estimates that between 200,000 and 400,000 rape kits around the country are shelved and collecting dust due to crime lab backups. 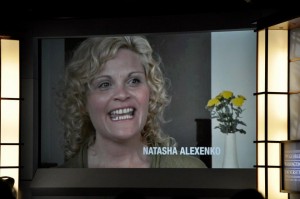 Natasha was featured in the HBO Documentary “Sex Crimes Unit.” She and her staff travel around the country to build awareness and raise money to support the effort, but they’re also conducting research to determine the precise number of unprocessed kits. I can’t imagine going through something like that and not receiving closure — not because my assailant had a good attorney and beat the case, but because his/her fingerprints, DNA, etc. had never even been entered into the system. The crime of rape currently has just a 24% arrest rate. 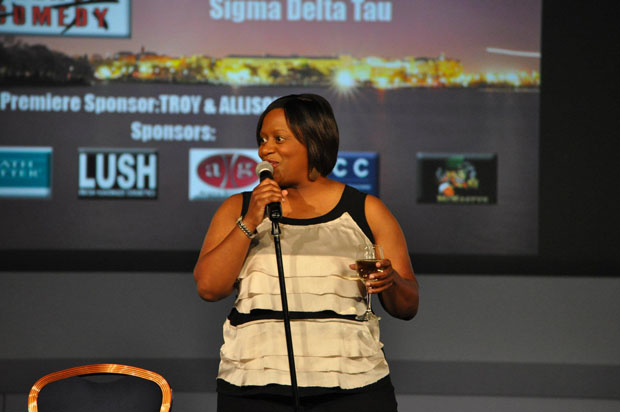 The event was held at The George Washington University, and though the cause is a very serious one we definitely had a great time at the show. Y’all know how I get when I drink white wine… 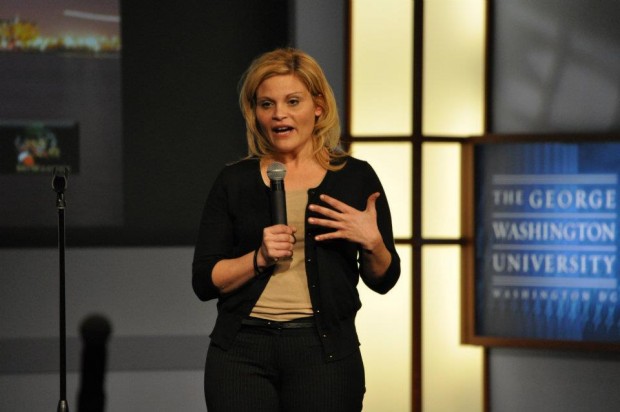 The local news came out to interview Natasha and there was a Q&A after the show. I learned so much. The numbers are astonishing. I wanted to do more.

I often feel like what I do for a living is so trivial. That although I’m a news and politics junkie, my comedy doesn’t reflect that or address any important social issues. I see causes I’d love to support, but lack the financial means to do so… But if by telling stories about how weird my parents are or how my dating life sucks, I can do even a tiny bit to help relieve the stress/pain/fear these women and men face, then I am 100% about it. This cause is definitely one I’ll continue to support and bring whatever attention I command to. I promised Natasha I would, and I meant it. If you have a few minutes, check out Natasha’s Justice Project online. Right now. Read the statistics. Read Natasha’s story. You’ll be amazed.

I plan to do all I can to help.

What can you do?

Before comedy, I had zero robes. Now look at my growing collection! 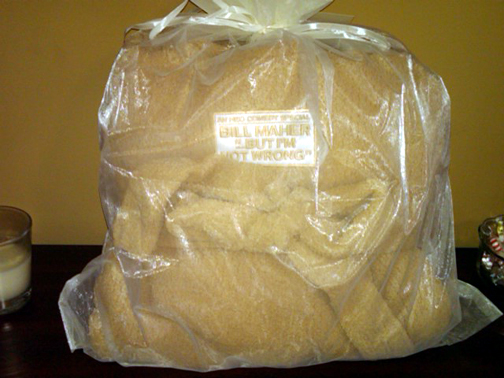 This beauty came to me in the mail today from the HBO folks — my swag for being a part of the Bill Maher tapings. How neat! It’s always exciting to get a package from FedEx when you’re not expecting anything! 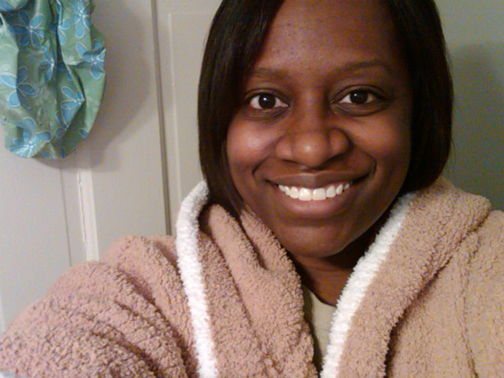 Sorry but I’m not putting on makeup for you people. I’m working. And there’s no make-up in baseball!… Wait, huh? ;) 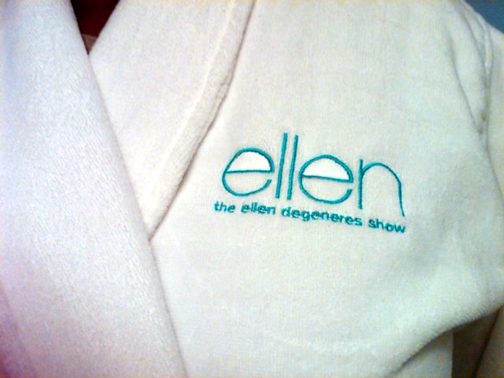 And this is the robe I got when I did The Ellen Show. So pretty and comfy. I heart it. :) I’m  learning that robes are the currency of big-time comedy shows. I can’t wait to make it to the point where I can give away gifts like these after my big performances. The only difference is my souvies will be embroidered Snuggies.