This is truly the intersection of genius.

Stevie Wonder singing Bob Marley’s ‘Redemption Song.’ I figured that having my favorite artist salute my other favorite artist (they’re tied for my affections) by covering one of his most important songs was a fitting way to honor his memory. Had he lived to see today, Bob Marley would have been 65 years old.

I remember how excited I was when I first bought this CD: Song Review: Greatest Hits and heard this remake. It’s at the very end of the second CD and it’s just perfect — the perfect way to do a remake. Because I believe that if you’re going to bother, you should take the song and make it your own somehow. What’s the point in singing someone’s song exactly how they did it? This is so rich and one of best remakes of a classic of ALL TIME — though I’m admittedly biased. :)

I hope you enjoyed it. Happy Birthday, Bob! 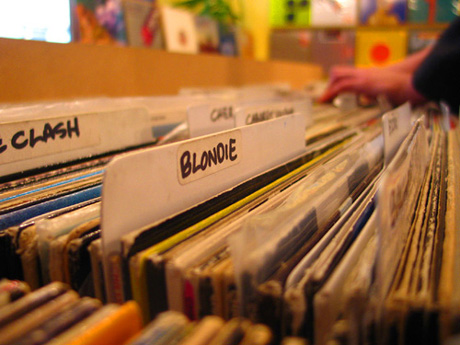 Y’all thought I forgot. Never never ever. Every year (check for yourself) I make sure to acknowledge Bob Marley’s birthday. He is my No. 1 most favoritest musician of all time. (Stevie is No. 1 and a half.)

A lot has been made–I’ve posted it on this blog–about the video and song Will.i.am put together based on Barack Obama’s speech after the New Hampshire primary. It was/is awesome. But in case you weren’t aware, Bob Marley did the same thing decades ago with one of his most powerful songs ever — WAR. The lyrics for that song were taken directly from a speech Ethiopian emperor Haile Selassie made before the United Nations. The lyrics are as follows — and they ring as true today as ever:

Until the philosophy which hold one race
Superior and another inferior
Is finally and permanently discredited and abandoned
Everywhere is war, me say war

That until the basic human rights are equally
Guaranteed to all, without regard to race
Dis a war

That until that day
The dream of lasting peace, world citizenship
Rule of international morality
Will remain in but a fleeting illusion
To be pursued, but never attained
Now everywhere is war, war

And until the ignoble and unhappy regimes
That hold our brothers in Angola, in Mozambique,
South Africa sub-human bondage
Have been toppled, utterly destroyed
Well, everywhere is war, me say war

War in the east, war in the west
War up north, war down south
War, war, rumors of war

And until that day, the African continent
Will not know peace, we Africans will fight

***Here is a link to the complete original speech, in case you’re interested.***

Today is the birthday of my absolute favorite musician/singer/songwriter of all time – BOB MARLEY. He would have been 61