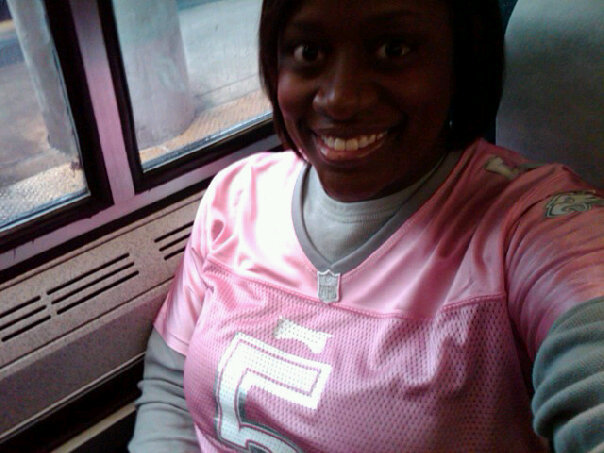 OK, so this is me on the train headed up to Philly for the Eagles/Giants game on Sunday. Super excited! LET’S GO BIRDS!!! 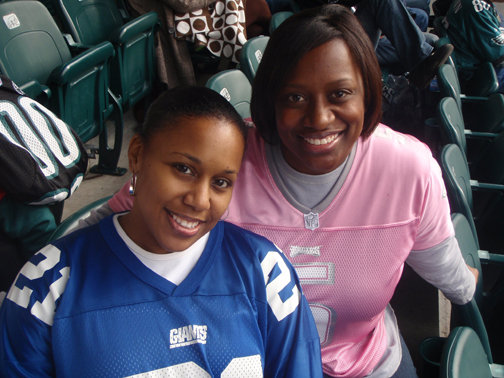 This is me with my friend Christina. She came to the game with me and obviously is a Giants fan… I know, right? But you can’t stop loving your friends just because they make bad decisions sometimes. We got there late and missed all the fireworks at the beginning of the game, but I was standing outside of the stadium and heard the cheers and the fight song playing so I knew we were off to a good start! 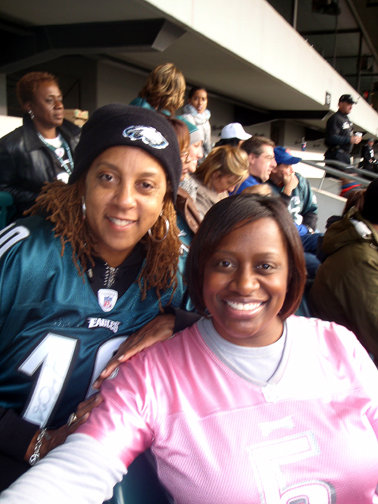 Thanks once again to BFF Angi, we had fantastic seats. We were sitting with the Eagles players’ families. The photo above is me with Mrs. Gayle Jackson — DeSean Jackson’s mother. She was super adorable because she got so nervous for him. When the Giants kicker kicked the ball out of bounds, she cheered because he didn’t have to run it back. “I hate it when they jump all on him,” she said. Awwwww… 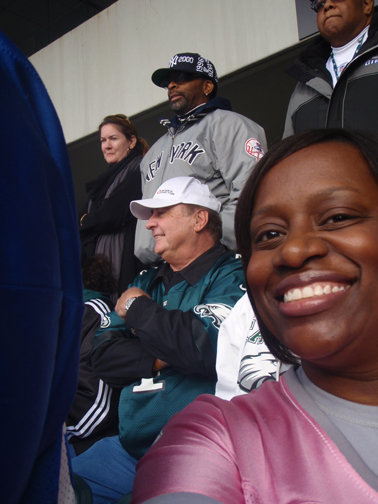 Not sure how discreet I was, but the purpose of this photo was to show that 1) Spike Lee was there, and 2) we had better seats than he did. ;)

By halftime, the score was 33-0 in favor of the Eagles, but the few poor Giants fans that were there were still delusional and believed that they would come back after halftime and pull it out… 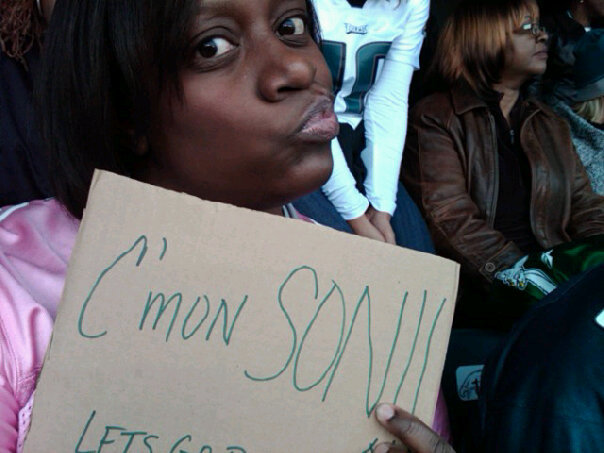 I can’t say enough about how good the team looked on Sunday. We gave the Giants so many looks — we showed so many weapons. And we did it without Brian Westbrook, which I don’t say for any reason other than that I hope this shows him, the coaching staff and the front office that there’s no need for him to rush back before he’s healthy. They’re saying he’s gonna play this week… I really hope that’s the right decision.

Right now we’re sitting on top of the NFC East… along with Dallas but whatevs… Looking forward to Sunday’s game where we find out who the official division leader is. I’ll make sure I claim my spot at Rhino Bar early. Talk to y’all about it on the other side!