I know I’ve been a lazy blogger but the last two weeks have literally been a blur. After digging my car out of the remnants of Snowpocalypse 2010, I drove down a day early to Raleigh to make sure I didn’t miss my Bill Maher shows. On the Sunday morning after the special aired I drove from Raleigh to Altoona, PA for a Valentine’s Day show. Then on the 15th I woke up at the buttcrack of dawn and drove from Altoona to Baltimore so I could catch a flight to San Antonio. I was there for one night and the next morning had to fly to Atlanta.

Which brings me to the reason for this post. I overslept and missed my first flight into ATL and had to take a later flight. Then when I finally got into the ATL airport, the airtrain that takes you to the rental car facility was broken and I and about a hundred plus other people had to wait nearly 50 minutes to get to the facility. 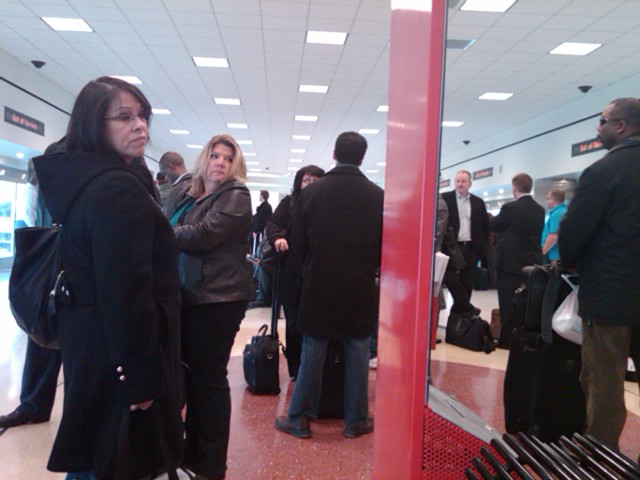 All I wanted to do was get to a bed and I didn’t know if I was gonna even be able to stand on my feet any longer. But then I saw this: 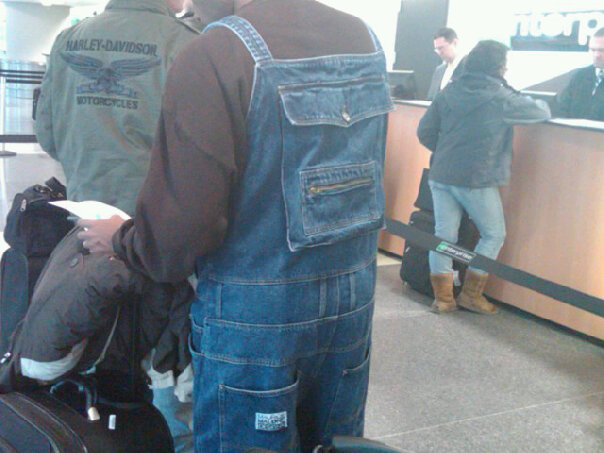 The most awesome pair of Maurice Malone overalls ever stitched.

And my day was immediately brightened. These jeans gave me energy. Where did he find them? Or better yet, what made him keep them so long? And how does he access the goodies he puts in the pouch? Getting undressed to get to your cell phone seems a little inconvenient… I wondered (almost aloud — I was kinda delirious ;) whether the pouch on the back was considered an additional carry-on. ‘Cause somehow it doesn’t seem fair that he should be allowed that AND a laptop bag. I thought I would share so these jeans could brighten your day too.

3 thoughts on “Oversleeping and Overalls”