In honor of Black History Month, I thought it would be fun to post about some of the not-so-great guys I’ve dated. Because they are Black. And they are also history. I’ve also dated two Puerto Ricans. But I’m still cool with both of them. Perhaps I’ll write something nice about them during Hispanic Heritage Month. Or on whatever day the Puerto Rican Day Parade is. 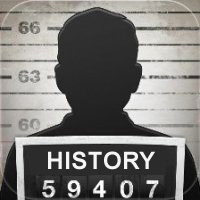 Name: Andre
History-Making Move: He led me to believe I was his only girlfriend. According to his fiancée, I was not.