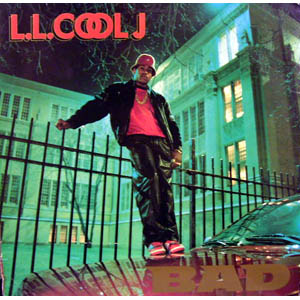 However I would be remiss if I didn’t point out some of the less-than-stellar lyrics in this track, such as:

I’m the pinnacle / That means I reign supreme / And I’m notorious I’ll crush you like a jelly bean (Word? Is that what notorious means to you, James?)

I’m the best / Takin’ out all rookies / So forget Oreos / Eat Cool J coookies (Yeah… 20-plus years later, you gotta be regretting that one)

Awful as those two excerpts may be, I’m still of the opinion that the pros of this track far outweigh the cons. And in the scope of 80’s rap, this is and will always be a masterpiece. I have realized recently that when he’s not spitting on a record, I can’t really stand to listen to him. (Dude, have you ever watched an LL interview?) But I can excuse that… cause dude is so nice to look at. I mean damn it if he doesn’t look better than he did when he was 19 …