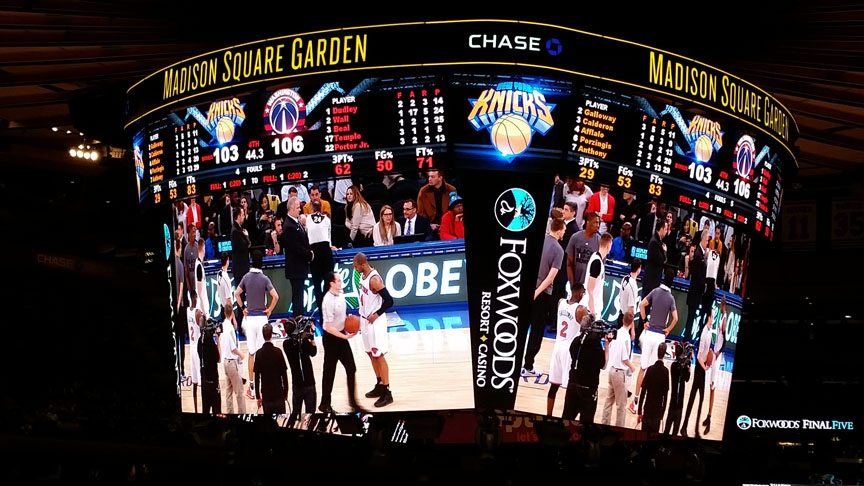 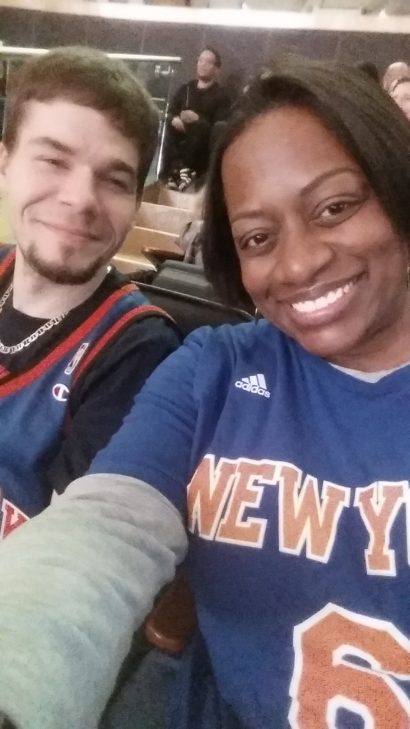 Last night, I went to the Knicks/Wizards game at The Garden with my boy T.O.N.Y. He’s a Knicks superfan even though he lives in DC and has season tickets to the Wizards. It was my first time at a game in the Garden since middle school and the first game since Derek Fisher’s firing, so it felt kinda like Christmas. My teams are 2-for-2 on firing crappy coaches this year and I’m all about it. During one of the commercial breaks the people with the t-shirt cannons came out and started shooting them into the stands and people in the crowd lost their s***. I’m always amazed by how crazed people become over the high-velocity propulsion of shitty, free t-shirts towards their faces. The video below is me saying as much.

Not 20 minutes later, as if on cue, I caught a t-shirt with my jaw. I secured it with my right hand as it hit me so it didn’t go tumbling into the next row… It was like the David Tyree helmet catch and OBJ’s one-handed grab had an awesome catch baby. I don’t think that last sentence makes any sense, but I’m not deleting it. I’m sure that at some point in my life I’ve laughed harder, and for longer; I just can’t remember when. #TITF But not really. 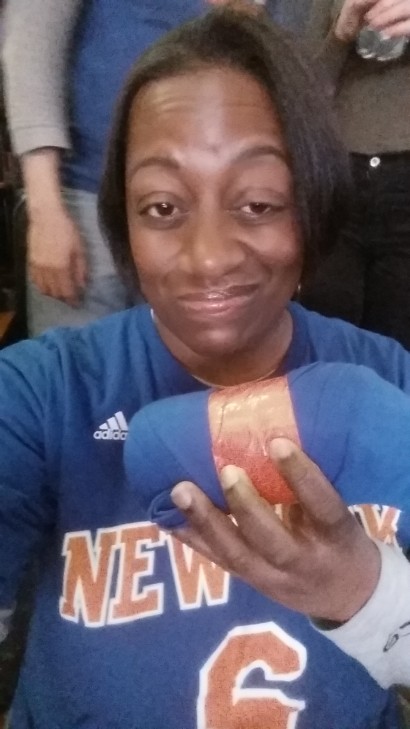 I joked with T.O.N.Y. about how mad I would be—I would have demanded to see someone in management—if I got smacked in the face and wound up with a small or medium t-shirt. But, alas, it was an XL. They didn’t want it with Hov. 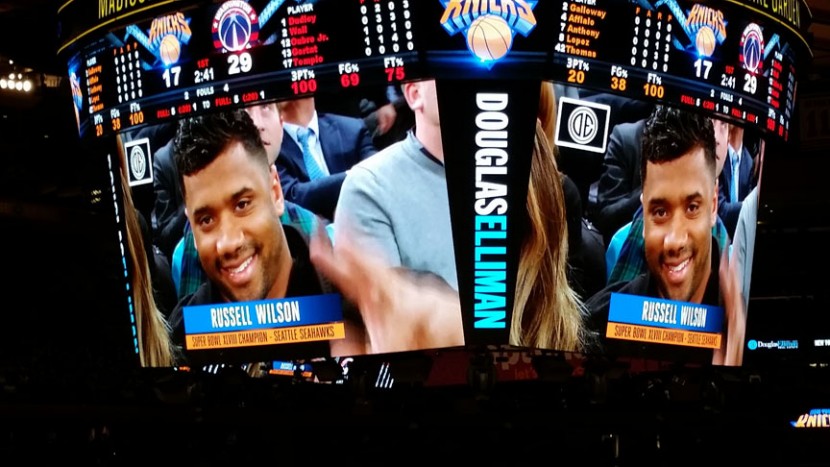 Russell Wilson and Ciara’s weave (pictured above) were at the game, They were sitting down on the floor next to Lala Anthony. I know Lala and Ciara are good friends because I may or may not really like her reality show, but I was having a hard time picturing Melo and Russ hanging out. They just don’t seem like they’d have a lot in common besides the professional athlete thing. I would love to be a fly on the wall at one of their double dates. 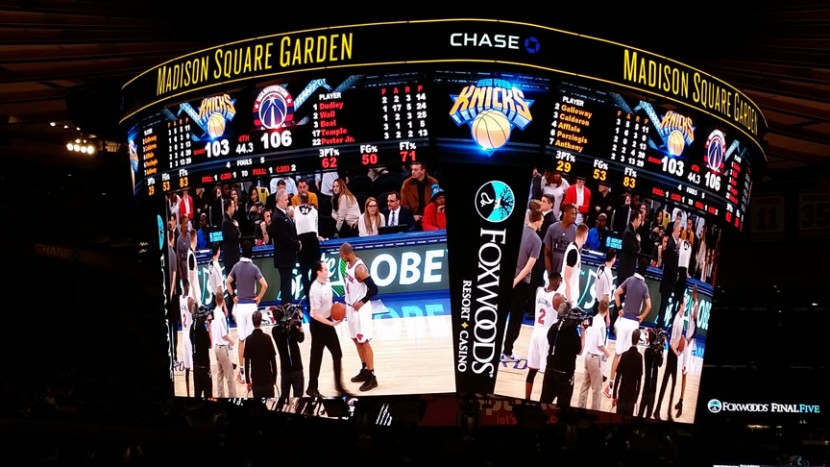 The Knicks have been on a terrible losing streak and though they came close, they did not break it last nite. They missed a 3 at the buzzer that would have sent the game into OT. But it was not meant to be. I’m looking forward to the team improving under new/old coach Kurt Rambis and hopefully snagging a higher profile coach in the offseason. We’re not a good team, but we’re not terrible either. And it’s been a long time since I felt that way. Anyway, I need to be packing a bag right now. The road is calling.