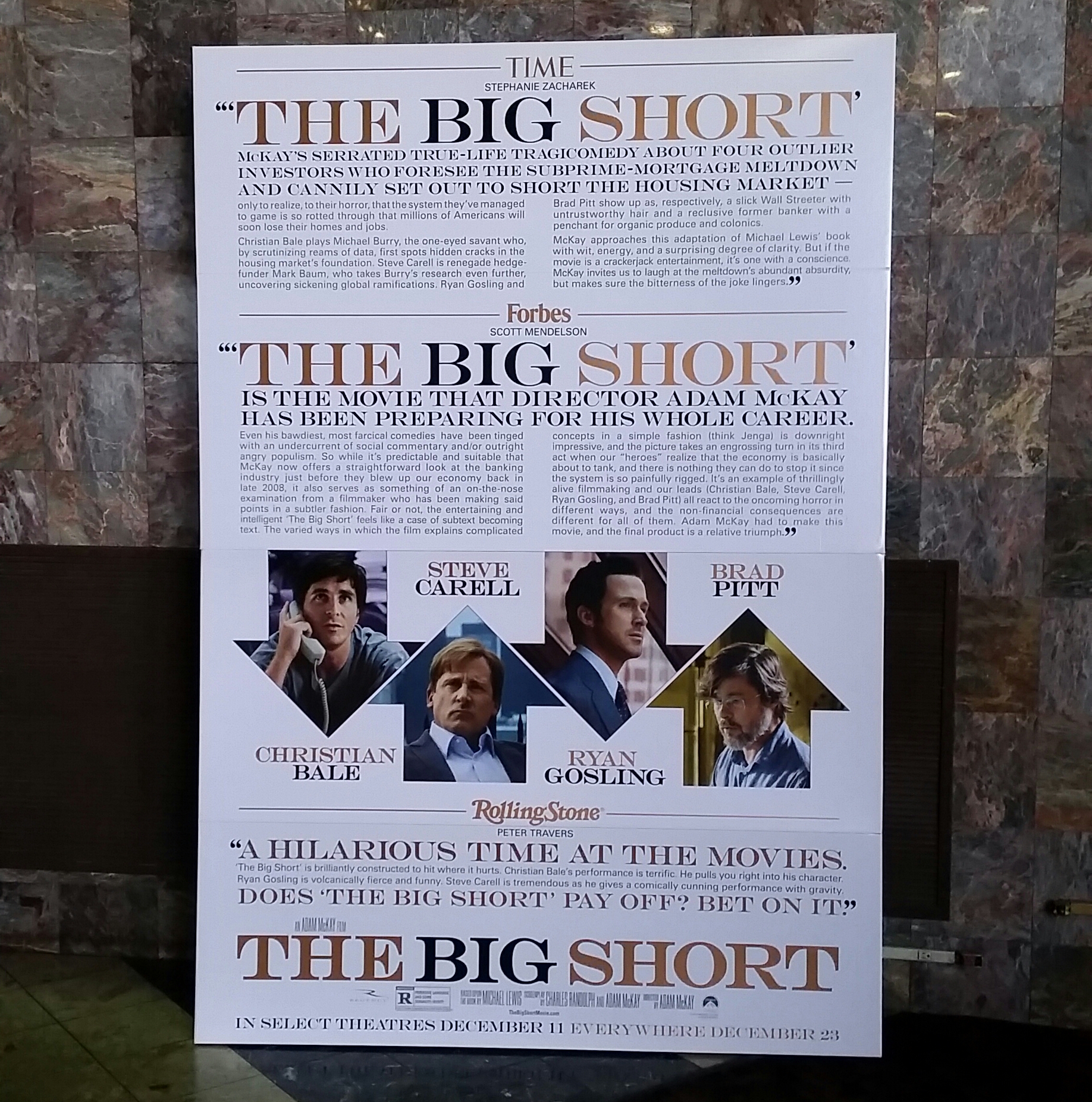 I went to the movies this morning. At 10:20 a.m. Because it costs $6.00 to go to the movies at 10:20 a.m. I saw, “The Big Short.” It was the most excellent movie I wish I’d never seen. It was all about how a small group of Wall Steeet guys correctly “predicted the housing and credit bubble collapse of the mid-2000’s and decided to take on the banks.” But not in the superhero kind of way where they prevent destruction. It was more like the way crows wait until something dies and then feast on it.

Steve Carell was amazing in the movie. So was Christian Bale. Brad Pitt was in it, Ryan Gosling, Adepero Oduye… Tons of amazing actors, and all I could think the whole time was, “F*ck these f*ckers.”

I own a home with mortgage that is underwater. I put a 25% down payment on it, and lost all that cash when the bubble burst. I was going to refinance and live off a portion of that money when I quit my job to do comedy full time. Instead, I resigned with a 401K worth less than 40% of what it was just a year before, and a condo that was impossible to refinance. Oh and to top it off, my (paid-off) car was stolen a couple months later, so I wound up having to cash out enough money to buy a car (in cash, because no job) from what was left of my retirement account. It didn’t matter that I’d taken out a traditional 30-year mortgage; when half the folks in my neighborhood defaulted.on their subprime loans, my property value torpedoed right along with theirs.

The film almost tricks you into rooting for people who bet on the economy to fail. They saw what was coming before it happened! They exposed the crime, the coverups, the hypocrisy of the big banks! Hooray for this! Except, they had no problem making millions/billions off the collapse. Off of my misery and that of so many others.

I wanted to set fire to every bank I passed on the way home.

I’ve recently partnered with some great folks and will be embarking on a new project that will focus on how we (Main Street-ers) can change how Wall Street works. I’m excited about learning and sharing and educating others. Can’t wait to share more! Please stay tuned!