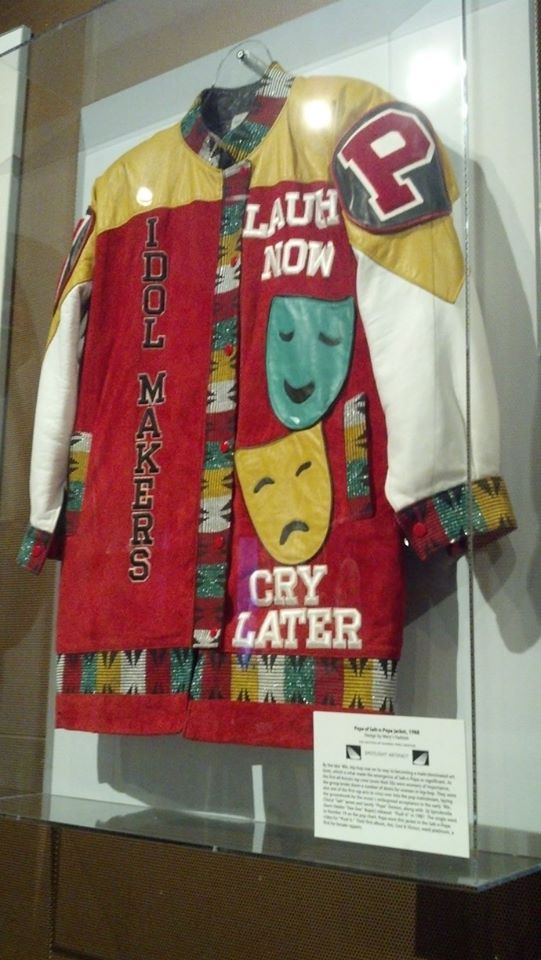 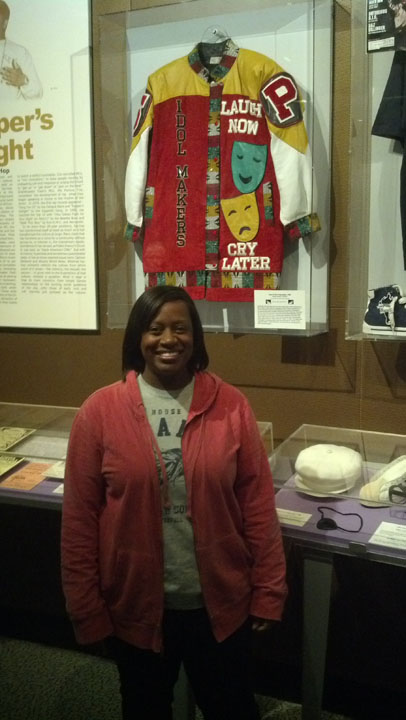 I’m in Cleveland working at the Improv here this weekend, and I trekked over to the Rock & Roll Hall of Fame yesterday. Can I just say — AH-MAY-ZING?!?! I spent 4 hours there, So much to see. I’m definitely gonna do another blog/vlog about everything I saw, but the thing that blew my mind the most was this jacket (above). It’s the jacket Pepa wore in Salt-n-Pepa’s “Push It” video. Whaaaaat?!?! If you’re a brown woman (don’t mean to exclude other women but…) of a certain age and you didn’t want the outfits, hair cuts and know the dance routine from this video when you were a kid, you did childhood wrong. Seeing this jacket took me back to me and my cousin Mel dancing and trying to learn the words to the song off the cassette we used to tape it off the radio. I wanted to call 10 friends and plan a caper to “Ocean’s Eleven” that joint up out that museum. Exhale… 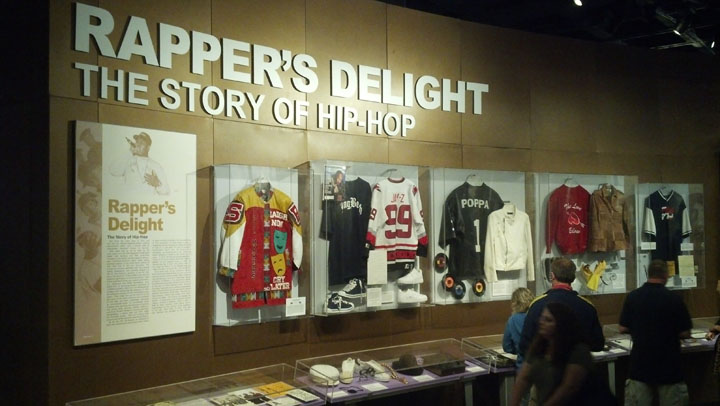 It was part of the exhibition about Hip-Hop and Rock & Roll. Man that whole exhibition made me so proud. RUN-D.M.C., Public Enemy, The Furious Five, Jay-Z, Biggie. To quote the late, great Christopher Wallace, “You never thought that hip hop would take it this far…” More on this trip later, but this jacket made me so happy I had to post about it right away.

Ahhh… The Notorious B.I.G. immortalized Howard University’s homecoming in the posthumously-released hip-hop classic (can we call this a classic?… Has it been long enough?…) Kick in the Door because really, there’s nothing in the world like it! Yesterday was the culmination of Howard’s week-long homecoming celebration. And if you’ve never been to a Black college homecoming, I suggest you do it before it’s too late!

I graduated from Howard a few years ago ;). And I love and appreciate my alma mater more today than I did when I was a student. With a 141-year legacy of educating some of the brightest, most progressive minds and talents from all over the African diaspora, Howard is one of (and I only say “one of” because I don’t wanna start an e-fight :) the greatest Historically Black Universities in the nation. I actually used to work as a recruiter for Howard’s Office of Admissions and it was my job to travel around the country telling people how great Howard is, educating them about the opportunities the University offers, and sharing my experiences as a student and an employee. I traveled to Oklahoma City and Memphis, New Orleans, Boston and Anchorage… and no matter where I went, people came out… they signed up for my information sessions… because they knew about and respected my university. It was an amazingly validating experience AND I got paid for it. Life was good.

Thousands of Howard alumni, as well as folks who attended other schools or just happen to live in the DMV area come out for the festivities. When I was younger, homecoming meant a week of non-stop partying, attending fashion and comedy shows and poetry slams and pageants, but as I’ve gotten older, it’s become more about catching up with old classmates, meeting their families, and reminiscing on what will always be one of the greatest periods of our lives…

But I still party a little ;)

Here are a few snapshots from my weekend: 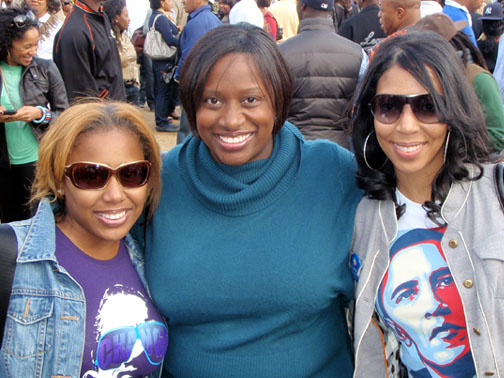 These are my girls Christina and Keisha a.k.a. Kellz. We have a photo of the three of us from every homecoming we attended as students and alumni. I was looking back at some of them this morning. My, my, my how we’ve changed ;) 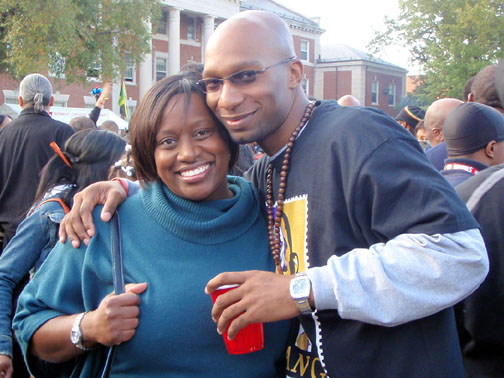 Me and my boy KG. You may remember him as one of the assailants in the underground video classic Ghetto Superstar. 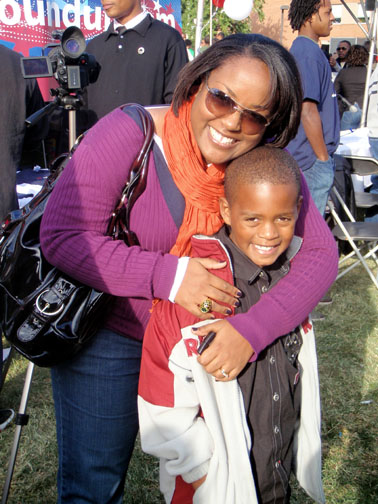 The fabulous DWJ with her godson (another one of our HU friends’ son), Ajani. I remember when his mom was pregnant with him. Now he’s seven and super duper adorable. Man… 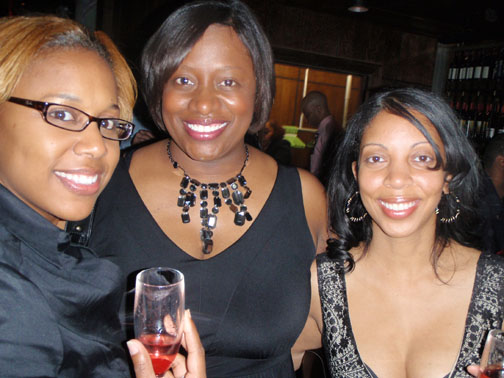 And this is me, X-Tina and Kellz again. See, told you we still partied a little ;)