I’ve learned that the “Real Erin” is both hopeful and cynical. Not intentionally offensive, but not politically correct either. Often lonely, yet not crazy about inviting new people into her circle… And I used to be afraid of being all those things. On stage at least. I worried that if I let people see all that, they wouldn’t like me. But I now know that this job is 100% about saying, “Hey, this is who I am. You’re either along for the ride or you’re not.”

This journey hasn’t been/isn’t/won’t be easy, but it’s been an invaluable (albeit sometimes unprofitable) one that I wouldn’t trade for anything. Thanks guys, for reading and for riding with me. 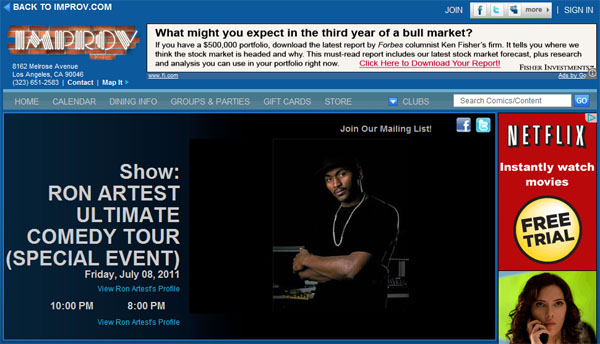 OK so we all know how I heart Jerry Seinfeld…

I had an experience in a doctor’s office yesterday that reminded me of his ‘Doctors’ bit. So I thought I’d post this cute little video and a photo of me waiting ;) You’re welcome. Tee hee ;) I just don’t get why we have to put on the robe to wait. IfÂ I alreadyÂ gotta sit there for 35-40 minutes, why do I have to have my ass out? 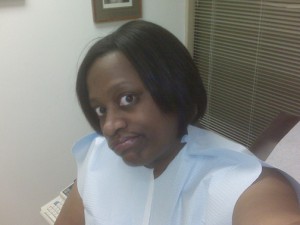 And here’s Jerry’s take on doctors. If you’ve never seen this bit, enjoy. And if you know it… sing along! ;)

Have a great day, y’all