During my time here in Israel, I’ve been most touched by how appreciative the audiences have been. We have a Q&A with them after each show, and each night they thank us profusely and ask if we were hesitant to accept the gig because of safety concerns. I can honestly say that I had zero reservations about this trip. As Kermet joked, “Maybe that means I’m dumb…”  But I saw it as the opportunity of a lifetime– a chance to visit places I’ve been hearing and reading about my whole life.

I got a free trip to Israel! What are you thanking me for? 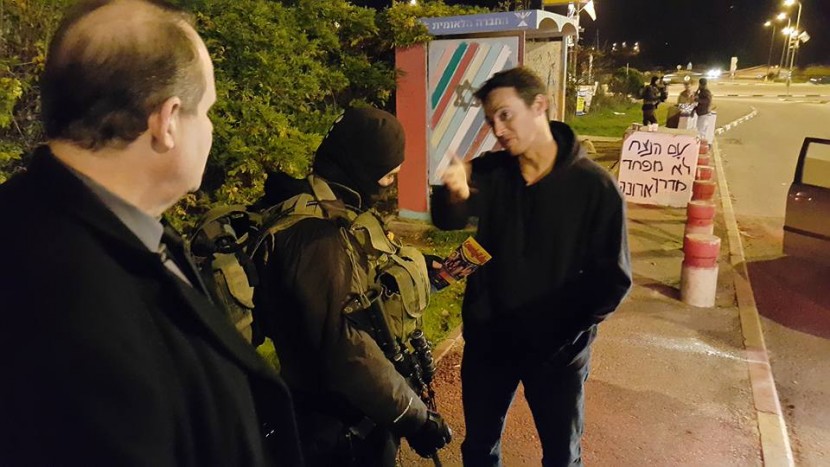 Avi and Bob with an Israeli soldier in Gush Etzion

On Saturday night, we had a show in Gush Etzion, which is a group of Jewish settlements in the West Bank. “Across the Green Line,” the area is protected by Israeli security forces and has been targeted by terrorists numerous times in the past year (in the last week, even). We had to go through a border checkpoint to get there, and there were soldiers stationed on the streets. We pulled over to the side of the road on our way to the show so Avi and Bob could do a quick promo video, and I remember looking out of the van window and feeling very anxious—not because I felt that there was any imminent danger, but because seeing those soldiers (who were 100% there to protect us and anyone else in the settlements) with their automatic weapons reminded me that, while I may be on the greatest work-cation ever, life often feels like anything but that for the people who live here. Up until that point, it was easy to just enjoy the beautiful beaches, the great food and the amazing historical sites and push to the back of my mind the very real threats that people in this region face on a daily basis. I really began to understand why the audiences were so grateful for our visit. These were people who’ve been directly affected by terrorism, and our willingness to go there and perform was a middle finger to the perpetrators of that violence. Bringing them a little laughter, while helping to raise money to support their families and communities is probably the most fulfilling work I’ve ever done. I’ve had some top-ten life moments here and I’ve seen so very little of the Israel that we’re shown in on the “news” in America. I will forever be an ambassador for the country and its people. 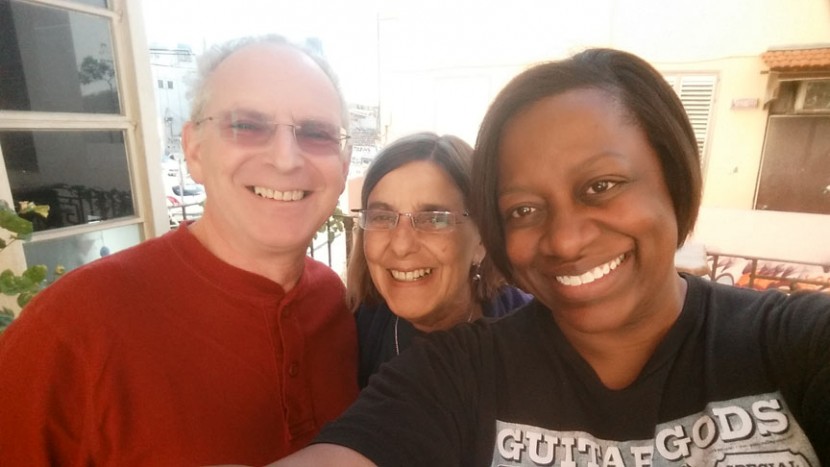 Me with Kandi and Marc

In addition to the comics I worked with on the shows, I met a wonderful Tel Aviv comic named Kandi Abelson and her husband Marc. They were so lovely to me, inviting me to their home to hang out and drink up some of Marc’s amazing Scotch and (Kandi) taking me shopping for a flat iron and other clothes and souvenirs. My indecisiveness is legendary and you handled It so well, Kandi! It was such a pleasure meeting you both! I hope we get to see each other again before long.