Yeah… so I was just on MySpace and saw another bulletin asking me to sign a petition for T.I. to receive a presidential pardon. I guess these folks figure if John Forte could get one, so could Tip.

And that’s all I have to say about that. 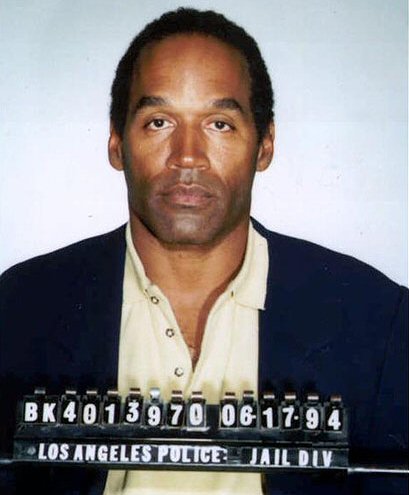 Ok, so now that OJ has been convicted of armed robbery and kidnapping, and is clearly going away for a very long time, I think it’s time that African Americans across the country finally come clean about how we feel/have always felt about him.

I’m thinking at the next National Black General Body (NBGB) Meeting, we should issue some kind of official joint statement or press release that lets the rest of the country/world know that we as a community are glad this murderous fool is finally going to prison — and that none of us actually thought he was innocentÂ back in ’95. BTW, if you actually clicked that link looking for information on a nationwide Negro meet (I knew it wasn’t just an urban myth…) you should really be embarrassed. Sarcasm is the air that I breathe, people.

As it’s been reported numerous times over the past decade and a half or so, Black folks in this country were never so naive as to believe OJ wasn’t a cold-blooded murderer. In fact, the only Black people who believe OJ was innocent also believe in unicorns… and time travel… and that Michael Jackson is the biological father of three White children. It’s just that after decades of seeing tons of non-Black violent criminals acquitted, and maybe equally as many Black folks wrongly convicted of crimes… we felt like we were due for a little high-fiving and dancing in the streets.

Can you blame us?

Any sensible person watching that Bronco chase knew damn well that fool was guilty. And we’ve been saying for years that OJ needed to take his Black ass somewhere and sit down — take the Cutco set to the pawn shop and be thankful for his freedom. But dude couldn’t leave well enough alone… When he wrote that “If I Did It” book, I was sick to my stomach. Thank God it was never released. And when I first heard about this latest case, I started rubbing my hands together… (Oh I hope they get yo’ behind this time, Orenthal!!!)

And they did. So Hooray! Poof, be gone.