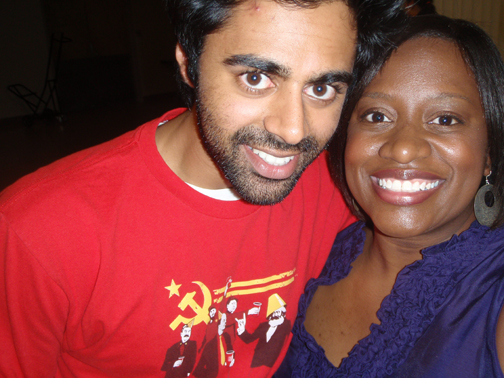 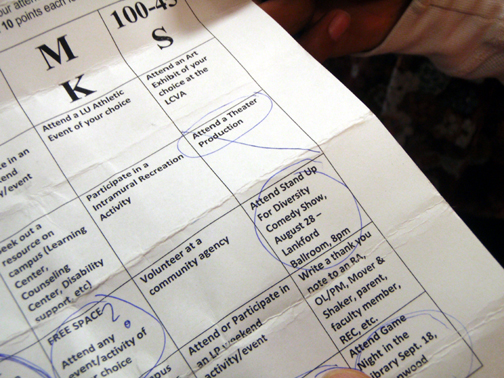 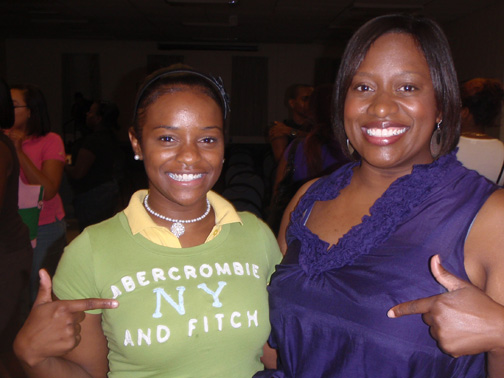 I was in Georgetown on Friday afternoon looking for a long-sleeved black cotton t-shirt. I stopped by Urban Outfitters and couldnt find what I was looking for. Then I went to the Gap — still no luck, so as I was walking back, I walked by Abercrombie and Fitch. I’d never been in that store before, but I know it’s casual clothing, so I decided to go in. When I walked in there was a girl standing by the door and she asked if she could help me. Since I didn’t have a lot of time, I was like sure… I’m looking for a long-sleeved black cotton t-shirt. And she said, “Oh, I’m sorry. We don’t sell anything black.”

For real? At first I thought she was kidding. I was like wait, so nothing in this store is black? And she looked at me as if to say, “Well nothing but YOU.” Of course she didn’t actually say that, but if this whole encounter had been a scene in a sitcom (Scrubs, for example) there would have been a dream sequence where she totally would have said that, then I would have punched her in the face, and then it’d be back to reality.

I was in the store for a total of about 8 seconds. When I left I was upset, but I wasn’t sure if I had the right to be. I mean she didn’t say we don’t sell TO anyone black, but it bothered me so much I had to investigate further. Was it just the buyer for that store who didn’t like black so that location didn’t carry black clothing or was it a company-wide policy?

So on my way to my show on Friday nite, I called another Abercrombie store and asked to speak with a manager. And I asked him 1) if it was true they didn’t carry black and 2) what was the reason. He told me that since Abercrombie was an “outfitter”, by definition they carry casual clothes. Black was a more formal, grown-up color and they carry black in their sister store, Ruehl. (Apparently Ruehl is to Abercrombie as Banana Republic is to Gap). He told me that American Eagle, which is also anÂ “outfitter”Â didn’t carry black either. So okay… I was about to give him the benefit of the doubt. I think it’s a stupid policy/reason not to carry such a basic color in their stores, but it’s their right. I was like hey, Erin, you’re turning into Martin Lawrence’s character in Boomerang… Everything’s not racial. So I said well, thanks for the explanation. And thenÂ he said “NoÂ problem, and in case it makes you feel better, we don’t carry purple either.”