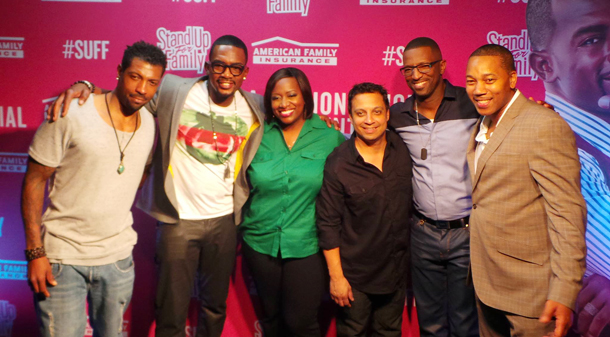 I just got back from Atlanta after shooting the Stand Up For Family comedy special. Such a great event! It was a night of clean comedy featuring some of my favorite comics – Deon Cole, Rickey Smiley, Bill Bellamy, Johnny Sanchez, Drew Fraser. I was so excited to be in the lineup! Most of us don’t specialize in clean comedy, but it was nice to let people see that we can all still be just as funny. The show was produced by the homie Royale Watkins, who has been amazing to me since the first night we met at his Mixtape Comedy Show in NYC. And it was sponsored by American Family Insurance, whose motto “Pursue Your Dream. We’ll Protect It” was the theme of the event. 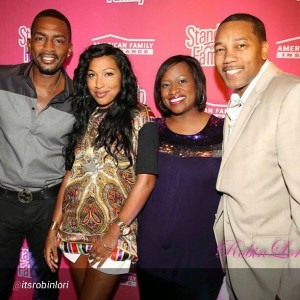 I got into town on Friday morning and went straight into a photo shoot. Then I had the afternoon free before the kickoff reception. I’m not a huge club person but I was excited that Melanie Fiona would be performing. I’m such a big fan of hers. I invited BFF Angi to come to the party and we had a great time! Not only did Melanie tear the roof off the sucka, but there was also a live band that played 90’s R&B and Hip-Hop songs. The lead singer/emcee rocked everything from “Big Poppa” to DeBarge’s “I Like It.” I wanted to stay at that party for the rest of my life, but we ended up leaving early to grab dinner. 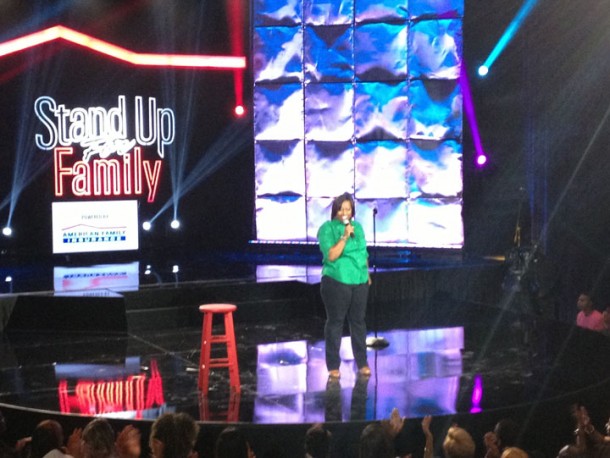 Show night was great! I’m always super nervous before these things but I could tell from the minute Drew hit the stage for the warmup that the crowd was great. Except for BFF Angi. She doesn’t follow directions (i.e. no cell phones/cameras)… But thanks for the pic, girl! I’m just a comedy fan at heart and I laughed my arse off at everyone who hit the stage. Maybe my favorite bit of the nite was Deon Cole’s “Black people love napkins” bit. It’s so true. I hollered. 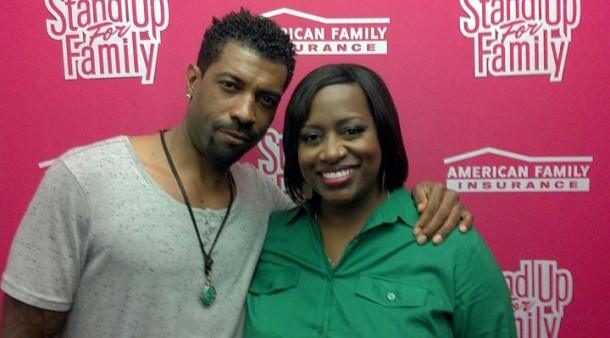 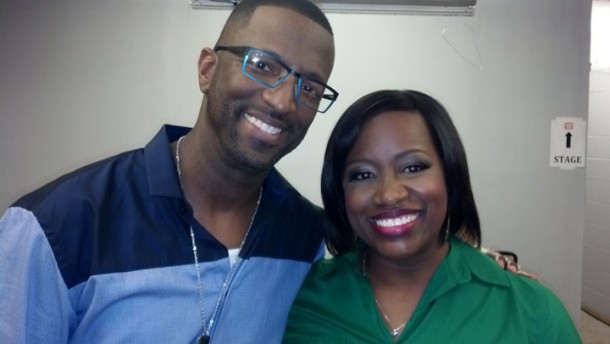 Pete Rock DJ’d the event. No for real, this is a photo of me and Pete Rock. Talk about a HipHopSwoon. 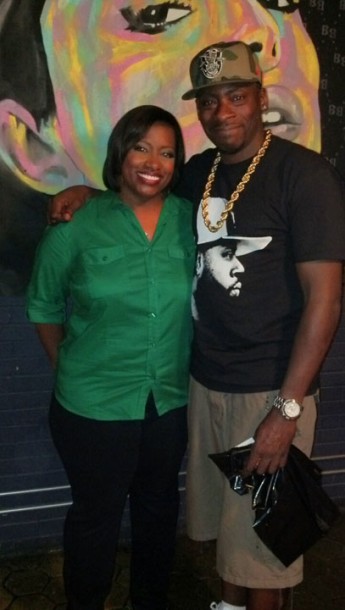 In conclusion, Stand Up For Family was an amazing night. Can’t wait for you all to see it. The special airs this fall on Centric. Look for us!