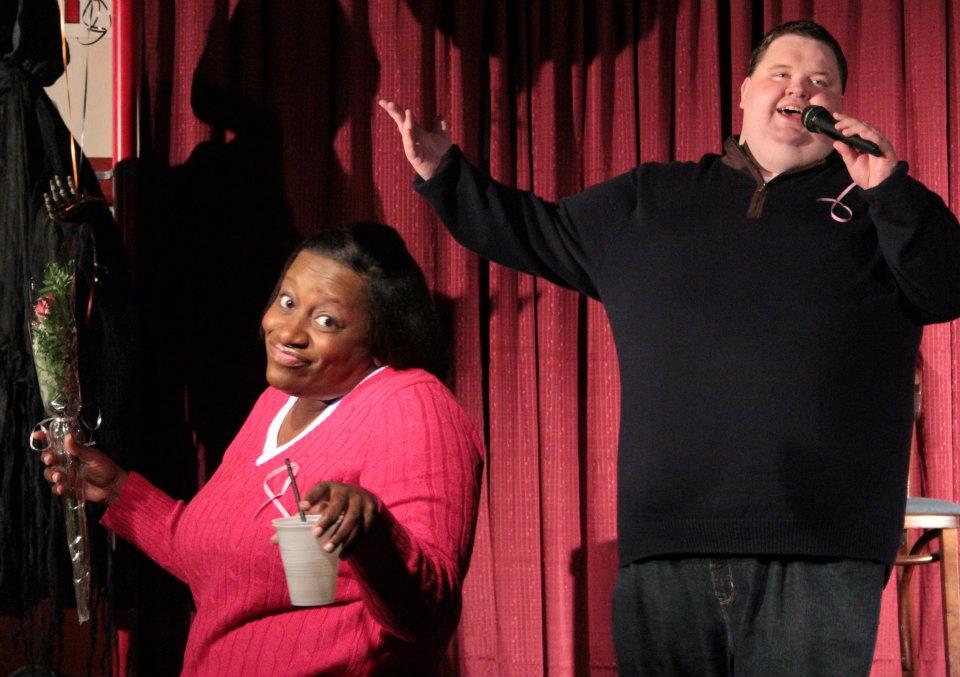 This is me dissing the first man in my life who’s ever given me a flower.

This was taken right after Tim, the organizer of the benefit I performed at, thanked me for participating and tried to hug me. He leaned in and I said, “Un uh. No hugs.” What??? Pretty pink rose or not — y’all know how I feel about hugs. And so did the audience, because the second to last joke I told was about how I hate being hugged. Tim wasn’t in the room when I told the joke — he went to buy the flower — but I didn’t know that. So when he tried to hug me, I thought he was kidding.

And he thought I was an ass.

The crowd laughed hard, but what made it even worse is I didn’t know he hadn’t heard the bit until he mentioned the diss on my way out and I explained the whole situation. Glad he said something or I don’t think he would want to be my friend anymore. Sorry Tim!!! Let’s [not] hug it out, though.