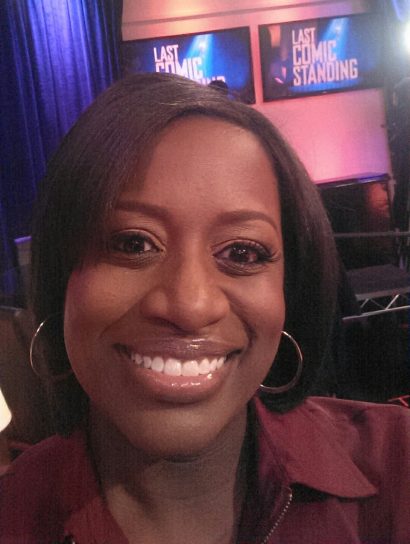 Hey guys! Last Comic Standing is back for season 8 and guess who’s gonna be on it…? That’s right, Roseanne Barr and Keenen Ivory Wayans. And also, me. The show premieres May 22 at 9pm on NBC and If you watch the clip below very slowly you can see me for about a millisecond. My very first TV appearance was on this show in 2008. I did pretty well, but I hated the cameras and competing against friends and… I swore I’d never do it again. But then I found out this season is being produced by my faves, Wanda Sykes and Page Hurwitz, and that it was by invite only and that the comics will compete in several comedy disciplines (stand-up, improv and sketch) and so I decided to give it another go. I don’t know yet which night I’ll be appearing so tune in starting this Thursday and to see how far I get!