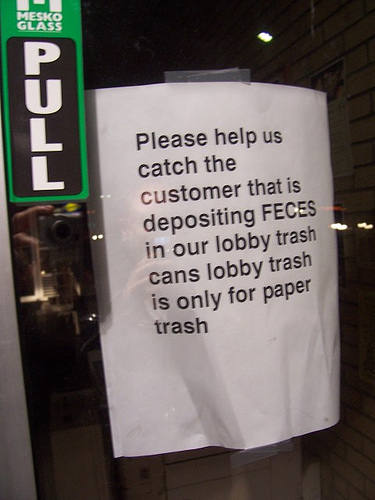 Me loves it. I gotta thank the world famous Hillz for putting me onto this site. It brightens even the dreariest days.

Here’s another one thatÂ caused me to nearly PIMP… It’s an exchange ofÂ passive aggression/aggressiveness… whatever… between a woman and her roomate. 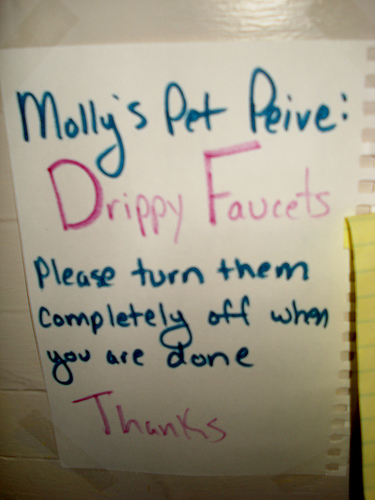 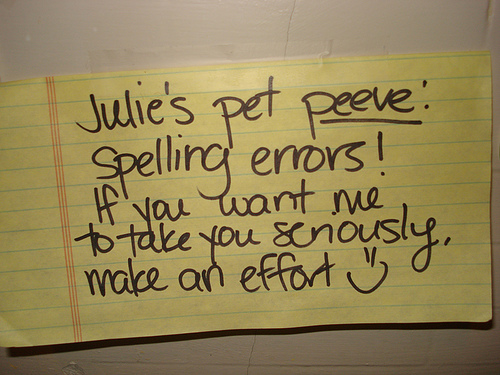 And now… the final word… or so she thought… 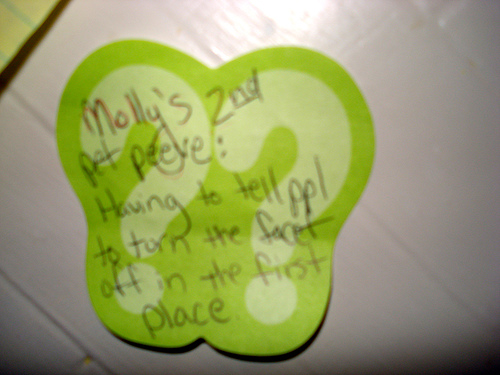 Well, Molly apparently wrote this last note and then sent it to the Web site to show the whole world how she TOLD her roomate. She was probably feeling pretty good about herself… “Yeah, take that, ho…” Except… she spelled faucet wrong, which is hilarious to me because she got it right the first time. And if she was trying to get the last word in this cold war of bitchiness after her roommate criticized her spelling, you’d think she’d have spell checked her work. At least she got ‘peeve’ right the second time.Â The roommate probably didn’t post another note because this one said it better than she ever could have.