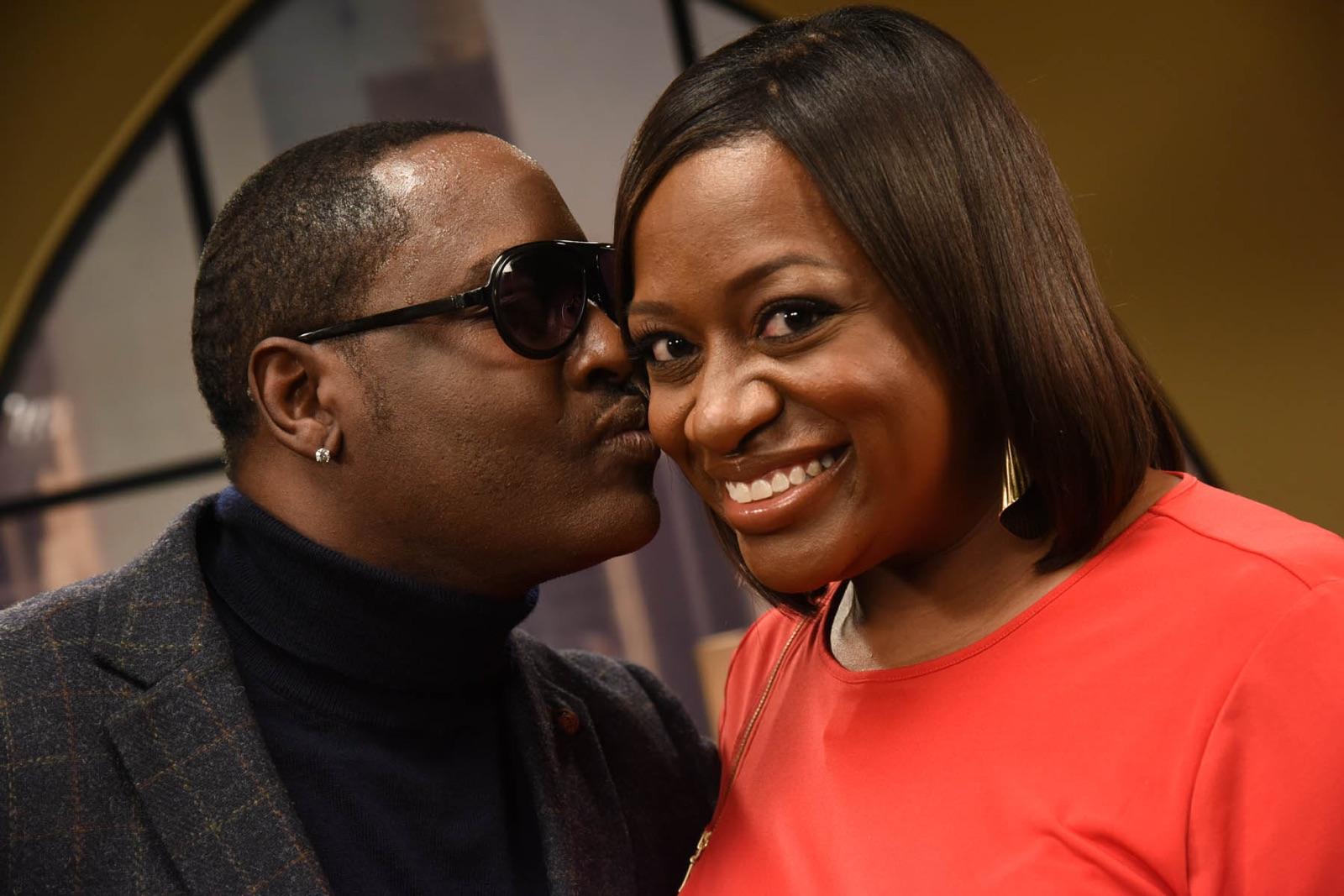 We did get a second season! But still, no Johnny.

Fast forward to this past weekend when our producer sent over the shooting schedule and scripts for our first day of shooting. In the text of the email she wrote, “and Erin, please don’t have a heart attack :-)” I had a feeling and I couldn’t open the attachment quickly enough. Johnny Gill was going to be on set in two days’ time, and not only did I have to not faint, I was gonna have to lead the interview.

The interview should be fun to watch, if for no other reason than my complete inability to deal; I’m certain I looked like a lovesick pup throughout. But he was lovely. I didn’t wear a red dress, but I did wear a red top, which he complimented. And when he was getting ready to leave, he planted a kiss on my cheek.

And I kinda died.

Truly one of my favorite days ever.

Squeeeeeeee! I hope you’ll tune in this spring to catch the episode!