I just got home from the 7th Annual Laugh Your Asheville Off Comedy Festival in Asheville, NC. Such a good time! I had a show at the University of Georgia the day before I was headed to the fest, so I pitstopped in Atlanta, met up with my girlfriends Angela and Courtney and we made a road trip out of it. To say it was an eventful 48 hours would be the understatement of the decade. More on that in a later post. Angela’s been to Asheville a ton of times, and my love for this adorable town has been well documented in this video, but it was Courtney’s first visit. We wanted to give her the full AVL experience so we encouraged her to Google photos of the Biltmore Estate as we drove by it… because ain’t nobody got $65 to walk around somebody else’s big-ass house. Good times. As soon as we checked in, we freshened up and headed out to Angi’s favorite local restaurant, Cúrate. The food was AMAZING. We ate all the tapas. Poor server was taking our order real skeptically, like ‘there’s no way y’all are gonna finish all that.’ 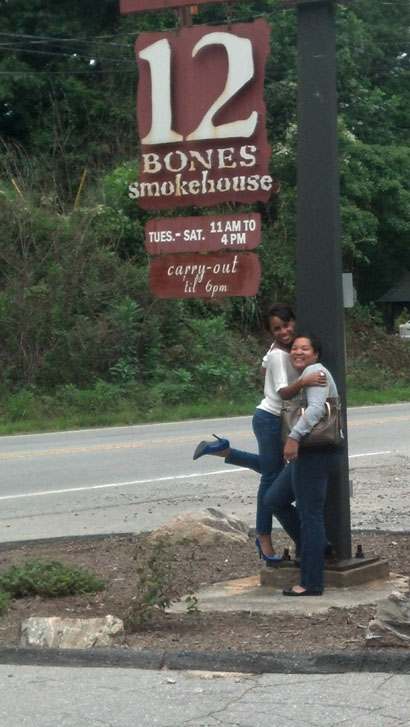 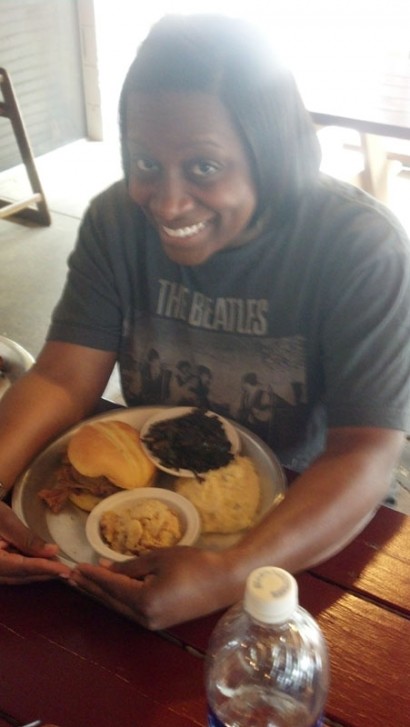 Saturday was my day to pick the restaurant. So of course we went to 12 Bones. Yum. With that good barbecue, cheddar jalapeno grits and corn pudding in our bellies, we were ready to head out on the town for some shopping and sightseeing. Asheville has such a cool vibe. Musicians and street performers on every corner, great vintage and souvenir shops. I found this Obama magnet in a local bookstore called Malaprop’s. It looks more like Herman Cain. Or Sherman Hemsley. Or Lou Rawls. 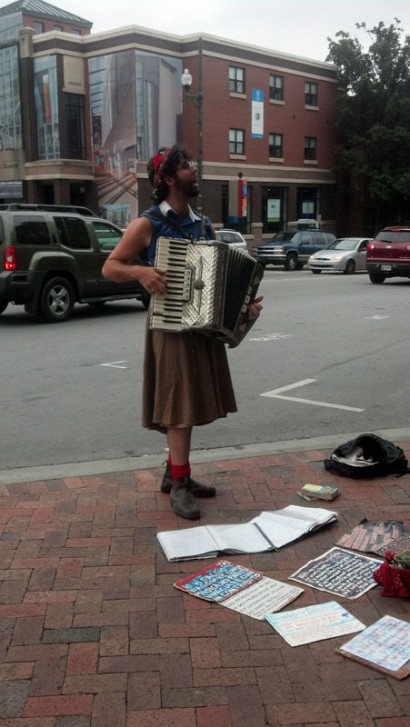 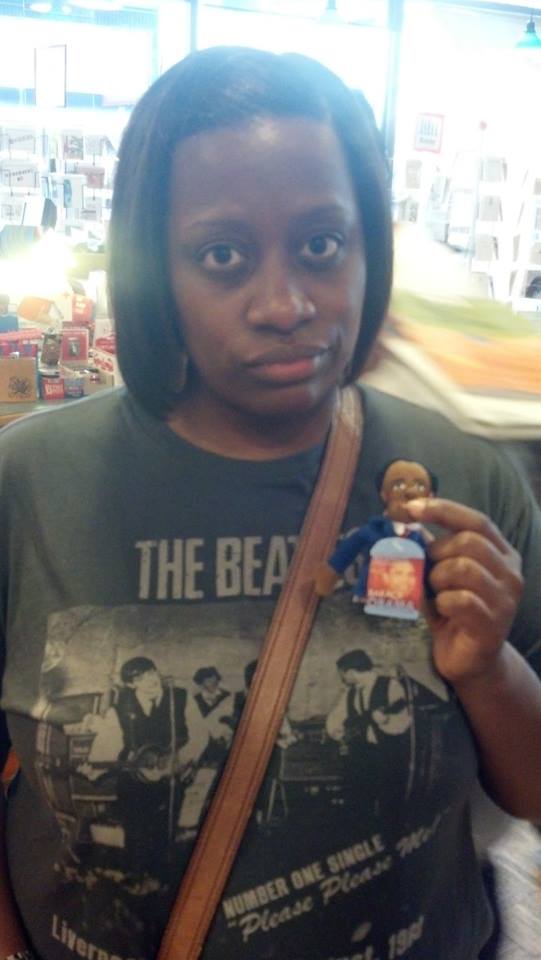 Later that evening was the finale show, which I was headlining. Yay. I got to see some comedy buddies I hadn’t seen in a while and made a new crew of comedy friends. It was a sold-out show in a great theater and the audience was on fire. What more could you ask for? I wish we’d been able to get into town earlier because I would love to have seen a few more shows. There were some really great comics on the festival lineup, (i.e. the super funny Ryan Singer, pictured below). 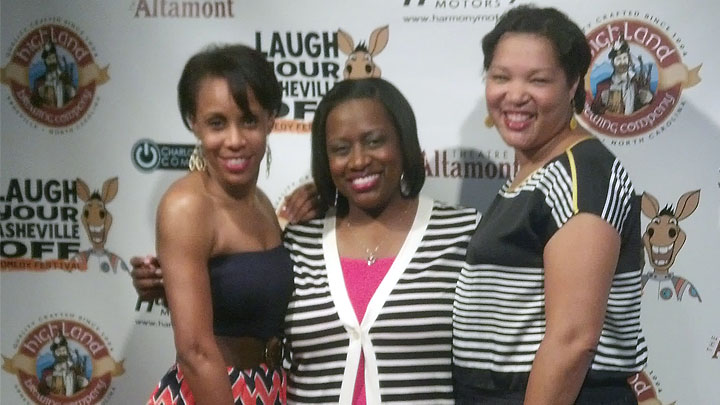 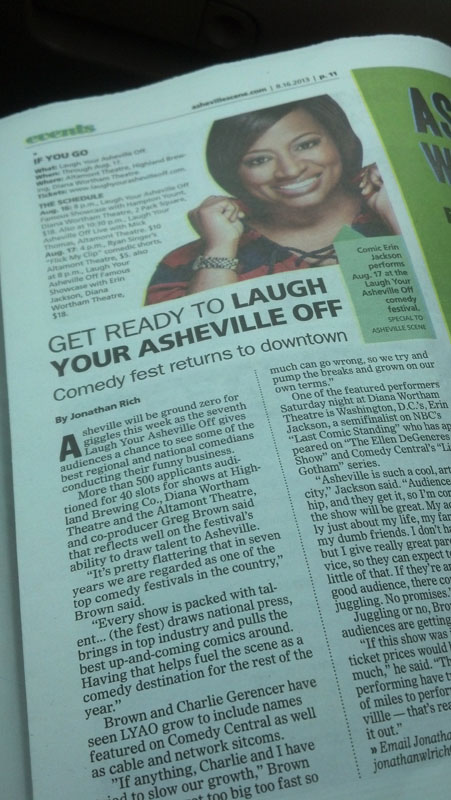 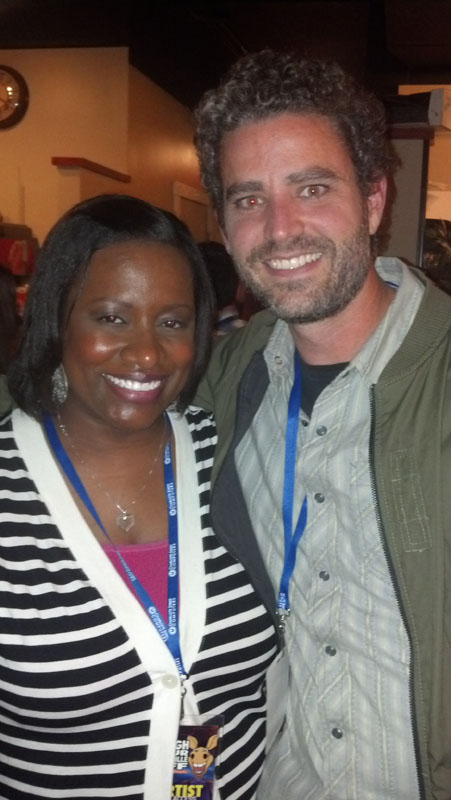 I’ve been trying to get down to this festival for the last couple years so I’m really glad the timing worked out this year. They assembled a great combination of industry and club/road bookers and Asheville is just a great southern town for comedy. Big thanks and congratulations to Greg Brown and Charlie Gerencer for putting on a fantastic event. I’ll definitely be back for more LYAO’s. You should come too and meet me there! Just follow the smell of the barbecue.