If this doesn’t move you… do me a favor and get a soul.

This is possible. We can do it. 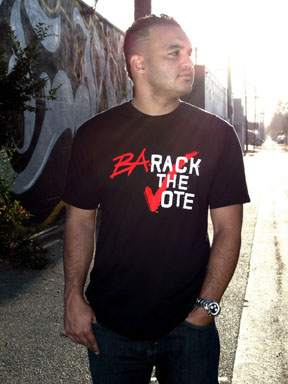 Also, a bunch of people have been asking me where I got my Barack The Vote t-shirts… Well a classmate of mine from Howard started a website, Barackawear.com. He and his sister designed the items and in addition to travelingÂ to primary and caucus states to campaign for Barack,Â they donate 25% of theirÂ profits to the Obama campaign. Support Brandon and Lori and in turn Obama’s campaign.

History in the making.